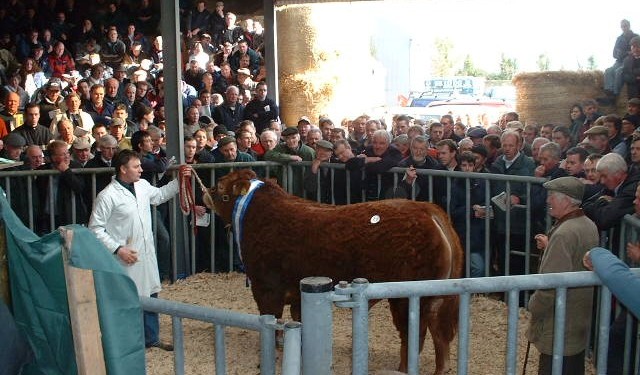 In its latest newsletter the Irish Cattle Breeding Federation (ICBF) has outlined its plans for the New Year. The organisation notes as it look forward to 2014 it is clear that it has a huge amount of work to get through.

On the agenda this year will be the rollout of the new beef genomics scheme. The scheme, which was announced in the budget back in October, is aimed at providing a support measure for the suckler beef sector and to assist in the application of genomic technology to Ireland’s beef herd.

The ICBF’s role is to: select cows from each suckler herd for genotyping; send a kit for collection of each sample to the farmer for return to ICBF; have the samples genotyped and the results entered in a database. In addition, the ICBF will forward genomic information in due course on each animal sampled to the farmer.

Also high on the agenda for the ICBF in 2014 will be the completion of its sexed semen research trial and associated follow-on activities.

Along with Teagasc and partner AI companies a large-scale sexed semen field trial was under taken during spring 2013. More than 15,000 inseminations were carried out on 392 farms as part of the trial, using conventional, fresh sexed and frozen-thawed sexed semen.

These preliminary results indicate that frozen-thawed sexed semen has performed far better than expected. However conception rates using fresh sexed semen were disappointing. The scanning also confirmed that 90 per cent of cows pregnant to sexed semen inseminations are carrying a heifer calf.

2014 will also see the ICBF continue the rollout of the new gene Ireland beef programme. The programme, which was launched last summer, is aimed at improving the quality of Ireland’s national suckler herd.

Within ICBF’s plans the organisation says that it will continue to work on building a collaborative approach to maximising farmer engagement in the benefits of cattle-breeding services.

In terms of animal health developing the research around the genetics of health and disease in Irish cattle and building the data capture systems to support this research is on the itinerary for 2014, as well as assisting Animal Health Ireland in the continued rollout of its national disease control programmes.

The ICBF says the New Year will see it expanding the role of genomics in the Gene Ireland Dairy programme with the support of the various AI companies in that regard.

Through HerdPlus the ICBF plans on expanding the data collection and breeding information distribution infrastructure.

For Sheep Ireland its priorities are very much moving towards growing the use of the LambPlus and helping sheep farmers to make better use of the new €uro-Star genetic evaluations for sheep.

According to the ICBF: “For both ICBF and Sheep Ireland, our priorities reflect the excellent opportunities that are created by the rapidly developing technologies in computing, genetics and statistics. We remained focused on our mission – farm profitability through improved breeding – and be prepared to change from systems and structures developed in a different technological environment.”

It says: “We again have a very ambitious programme for 2014. It builds on the breeding systems and extensive database built up over the years. We look forward to working with the wider industry and Irish farmers and delivering increased value through our services and to overcoming the unexpected challenges that will inevitably arise in 2014.”