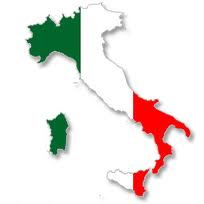 A five per cent drop in the value of Irish food and drink exports to Italy  for the first 10 months of 2013 was the highest decline recorded since the beginning of the Recession.

This is according to James Blake of the Milan office of Bord Bia, who cites lower food consumption in Italy as the key reason.

Discounters have benefited, with eight per cent more Italian consumers, 62 per cent in total, now purchasing at discount stores since 2011, he said.

“Consumer purchasing decisions now involve greater use of coupons and promotional offers. With purchasing power only declining by 1.7 per cent, this demonstrates that consumers have instead shifted to cheaper substitutes,” he added.

An overall decline in purchases of fresh meat, four per cent in volume, has forced retailers to increase the level of promotions in order to remain competitive, he explained.

“The value of exports of Irish beef to Italy were 15 per cent less, €126m vs. €148m, with volumes almost 14 per cent lower for the first 10 months of 2013, according to the Central Statistics Office data. Cheaper alternatives of processed meat, particularly frozen meat, have increased by two per cent as a result.”

While fish consumption in Italy was down five per cent versus 2012, Irish exports performed well, growing by over 12 per cent relative to 2012, he cited.

While consumers will benefit with average cost of shopping falling by an average of 8.3 per cent, Irish food exporters, particularly beef, will be faced with ongoing intensive promotional activity, he concluded.