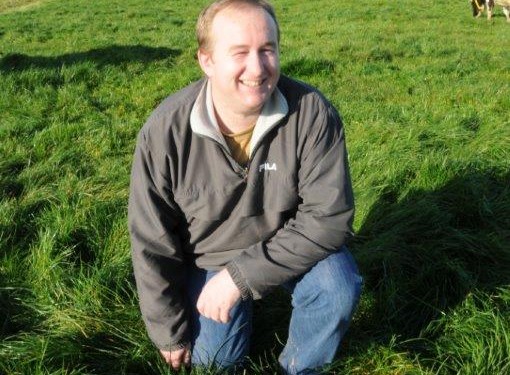 The expansion process at farm level will put a significant strain on scarce cash resources, cautioned Laurence Shalloo, of Teagasc Moorepark, who was speaking at this week’s Positive Ireland annual dairy conference in Clonmel, Tipperary.

He said this creates an urgent requirement to complete cash-flow budgets that can be used to identify particular cash deficits within and between years, and can allow a plan to be developed around managing cash.

“For many farmers this process will identify potential pitfalls during the expansion process and will provide opportunities to seek solutions.”

“Another solution would be to secure short-term finance, within a year, to overcome periods of cash deficit as occurred on many farms in the spring of 2013.

In terms of negotiating bank deals, he advises that bank repayments should be set up for the months of May to October when there is significant cash being generated on the farm.

“Casg flow budgets should be set up at the start of the year. On a least a quarterly basis, these budgets should be compared with actual cash-flow from the bank statements and any variance identified and understood.”

He noted that the most important component of any budget is that the performance and price assumptions are realistic.

“Key considerations that should be included in the budget are prices of inputs generally increase due to input price inflation over time, as cow numbers increase there is generally an associated reduction in milk yield per cow, (reduced parity number, lower culling levels, less individual animal monitoring and so on), in order for cow numbers to increase there will be as associated increase in heifer-rearing costs that should be included in the budget.”

In addition, he noted that on most farms there will be a requirement for a significant capital investment as expansion takes place, for example milking facility, milk storage and so on, which will potentially require an increase in borrowing on farm resulting in interest and capital repayments that should be factored into the budget.

“All these components will result in a cash strain on a business as it expands, while the business may be profitable, there is a shortage of cash. Therefore in any budgeting process both the effect on profitability and cash should be included.”

In terms of risk, Shalloo said that “uncertainty was a fact of life”.

“It creates a business environment that provides both opportunities and threats.”

“These include financial risks, milk price, feed price, fertiliser price and interest rates, and weather risk, for example summer 2012 and spring 2013, both of which affect the viability of the business.

“As the dairy farm expands, the risks per se do not change but their effects on the dairy business do change and the probability of events occurring increases, for example the likelihood of feed deficit increases at higher stocking rates.”

He said the reasons include higher levels of borrowings, higher cash demands, increased animal numbers, increased grazing intensity and greater likelihood to be purchasing animals into the herd.

Evaluating a risk on a farm should take into account the effect of the risk and the probability of the event occurring. “The combination of a number of risky events together can create an environment that makes farm survival difficult,” he explained referring to last year’s Fodder Crisis.

He also said prioritising investment was key. “it is important that investment is prioritised into areas that will give maximum return. Investment should also be targeted at areas that increase efficiency and reduce the exposure of the business to external shocks of one form or another.