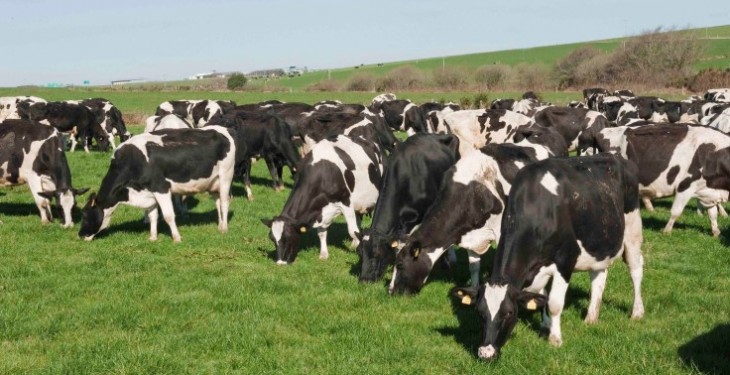 COMMENT: In its latest newsletter the dairy farmer group, Dairy Ireland continues with its analysis and explanation of the A + B – C milk pricing system.

Its newsletter highlights the market building work being undertaken by Irish dairy co-ops internationally, but the industry group also flags a worrying gap in processing efficiency standards amongst Irish co-ops. Dairy Ireland cites an example whereby energy costs alone on key dairy products could be as high as 2.5 cents per litre of milk processed. With the elimination of quotas only 17 months away, key questions arise relating to processing efficiency for Irish co-op boards and their shareholder members, namely;

Does the Industry need to Catch-Up and Keep-Up?

Assuming that investments in efficiencies have been delayed as co-ops try to keep apace with the milk prices paid by neighbouring co-ops, the question arises: How much capital investment is required to improve processing efficiency to match world-class standards? It is no longer acceptable to just keep within striking distance of your competitors, especially when you consider the speed with which other companies are moving forward with their processing efficiency. Consider the following;

New Zealand: Fonterra have commissioned two thirty tonne per hour milk powder dryers in the last couple of years. These two dryers alone have the capacity to dry close to one third of Ireland’s manufacturing milk pool.

Denmark: Arla Food’s launched a cost reduction programme in 2013 aiming to save 2.5 billion Danish Kroner (€335m) in production efficiencies by the end of 2015. This is equivalent to approximately three cents per litre in savings.

Netherlands: Dutch dairy processors plan to invest €700m over the next two years in capital projects to help meet post-2015 market demand. This investment is equivalent to over 5.5 cents per litre of milk processed.

If it makes sense, can it also make cents?

Has the industry explored and exhausted all potential co-processing arrangements? An obvious candidate here relates to Butter production. There are eight butter production plants in Ireland, many producing Kerrygold butter that is then marketed at a premium by the Irish Dairy Board internationally. Would it make economic sense for co-ops to pool their cream supply into fewer, but larger butter plants? In its two large butter plants in Denmark and the UK, Arla Foods manufactures a butter quantity similar to the entire annual Irish production tonnage.

The recent announcement by co-ops to install new state of the art processing capacity, coupled with the continuing efforts of the Irish Dairy Board and others to grow Irish dairy market share internationally is encouraging. However, the noticeable gap in processing efficiency within the industry is a cause for concern.

Speaking to Agriland this week, chairman of Dairy Ireland, Mr David Murphy stressed: “Any extra costs in the system are going to affect a co-ops ability to reinvest in their business, and ultimately its ability to pay farmers a better milk price”

There is an obligation and responsibility on co-op boards to return a strong milk price and shareholder value to their member farmers, even if this means having to change the name over the door in the coming years in order to remain competitive!