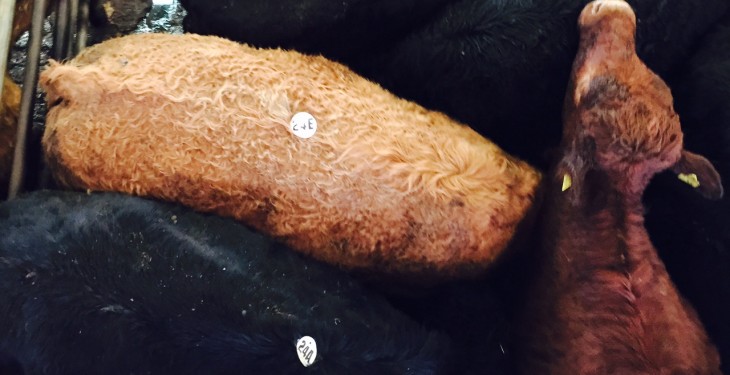 The differential between UK and Irish beef prices has narrowed significantly in recent weeks, according to EBLEX.

It says more demand for supplies from beef processors in Ireland has resulted in finished cattle prices steadily increasing since the beginning of 2015.

One of the most talked about drivers of the beef trade in Ireland in recent months has been the impact of the favourable euro/Sterling exchange rate, something which has helped the live trade too.

EBLEX says the weakening of the euro resulted in a price differential of over 60p/kg (80c/kg) between Irish and UK prices at the beginning of March.

However in more recent weeks, it says, the gap has narrowed to around 45p/kg (62c/kg), This represents a price difference of in region of €217/hd on a 350kg carcass.

EBLEX says this has largely come about by beef prices easing in the UK.

In the first three months of this year Irish beef production fell 1% compared to the same period in 2014, totalling 141,000 although production in Q1 is still at a historically high level, according to EBLEX.

Despite production in Ireland in Q1 of 2015 being almost similar for the same period in the previous year, it is expected that it will start to slow down as supplies of finished cattle in Ireland tighten.

EBLEX says it is likely that production will fall at a faster pace in the coming months, with throughputs in the week ending April 11 back to 28,800 head, although this was a four-day week.

However, in the previous week, also a four-day week, throughputs were still over 30,000 head, it says.