According to the latest figures from the European Commission’s Milk Market Observatory the fall was the tenth highest in the EU over the 12 month period. 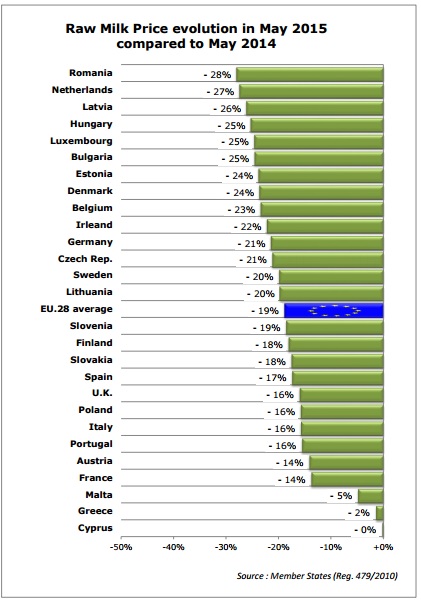 Looking at the top five milk producing countries for this month (Germany, France, UK, Netherlands and Italy), the average May price was €31.72/100kg which was a €0.65/100kg (2.0%) decrease compared with the previous month.

Despite lower milk prices, EU milk deliveries in 2015 are expected to be nearly 1% above 2014, according to the European Commission’s latest outlook for the dairy sector.

However, according to the Commission outlook very different developments can be observed in the different Member States, with a few countries where milk collection increased strongly from the first day after quota expiry, while in other countries no such development is observed.