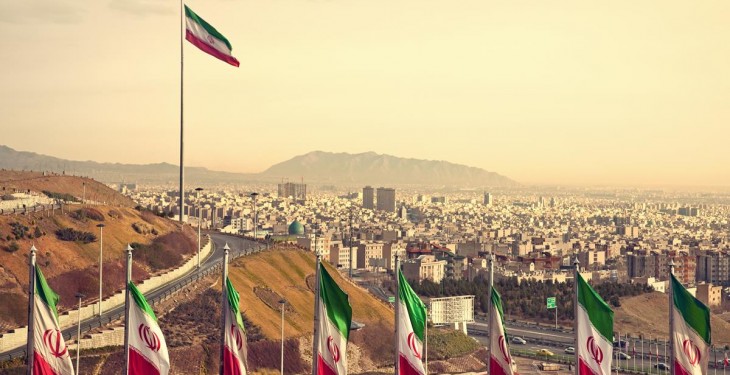 A host of Irish food companies are this week taking part in a historic trade mission to the Islamic Republic of Iran.

Organised by Bord Bia, the Irish delegation is exploring to a large degree uncharted waters for Irish food in recent years.

Trade with Iran is by no means straight forward and it won’t be today or tomorrow that we will see Kerrygold butter or Butlers Chocolates on the shelves of Iranian supermarkets.

However, that’s not to say there are no opportunities here for the Irish food industry or indeed that the Iranian market is not already a buyer of Irish food.

Many of the complexities surrounding trade with Iran centre on sanctions imposed by the international community on the Iranian economy in recent years.

The prospect of removal of these sanctions on Iran has of course aroused much interest in potential markets in Iran by many food producing nations in the West with Austria, Belgium and to a lesser extent France seen as early movers into the market.

While official export statistics put Irish food exports to Iran no higher than a relatively modest €18m in recent years, there is also clearly a significant amount of Irish product (particularly dairy) moving into Iran through other countries such as UAE, Bahrain and Dubai.

The key obstacle to trade with Iran for Irish exporters has simply been getting paid. With financial transactions with Iran difficult to complete many exporters have turned to intermediaries or subsidiaries in other countries to ensure payment.

While the sanctions have undoubtedly hit the Iranian economy they have also spurred an impressive sense of self-sufficiency in the isolated country.

While, imported brands are at an absolute minimum on supermarket shelves here, products familiar to Irish consumers can also be found although slightly different. The drive for self-sufficiency has seen a host of copycat versions of western products such as cheese strings and Cornettos.

With Iranian consumers seminally well served by their domestic food producers in terms of the variety and quality of food in the retail sector, the key opportunity for Irish food exporters may well lie in supplying some of the raw food materials which Iran may lack.

Opportunities, for instance, may exist particularly for Irish dairy in the UHT market where Irish expertise and quality raw materials may well be in demand in Iran.

However, conducting business deals in Iran is no mean feat. Local knowledge and partners on the ground are seen as vital to success in the market. Whether Irish companies can find ways to make such deals work remains to be seen what is known is that it will take many years before significant trade levels between Ireland and Iran will be established.