FrieslandCampina slashes milk price for May

In Irish constituents this is the equivalent of 24.16c/L. This is the third consecutive milk price cut from FrieslandCampina.

FrieslandCampina said that the decrease in the guaranteed price is the result of the expectation that the milk prices of the reference companies in May will drop even further.

The downward trend in sales prices of dairy products continues caused by sluggish worldwide demand and an increasing milk supply, according to the Dutch dairy.

In addition, it said that there was a negative correction of €0.80 to compensate for too high estimated milk prices of the reference companies in the first quarter of the year. 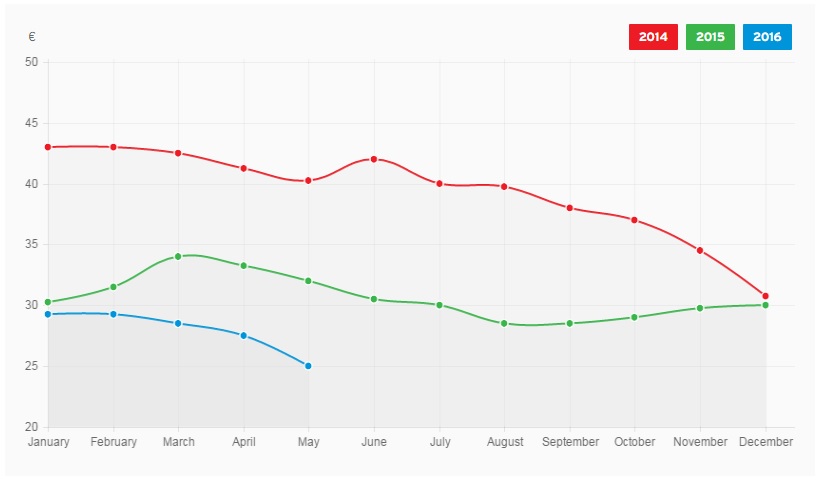 Meanwhile, new EU environmental rules could see dairy farmers in Holland have to reduce the numbers of cows on their farms significantly.

According to Eamon Farrell, Agri Food Policy Executive of ICOS, it is estimated that Dutch dairy farmers will have to cull between 60,000 to 100,000 cows in order to comply with EU phosphates limits.

He says phosphate production in 2015 was 176.3m kg, which is 3.4m kg above the Dutch derogation under EU legislation.

The new rules are enforceable from January 1, 2017 and Farrell says Dutch dairy farmers will be issued with phosphate rights, based on the number of cows in July 2015.