‘Irish farm machinery sales are on the up’ 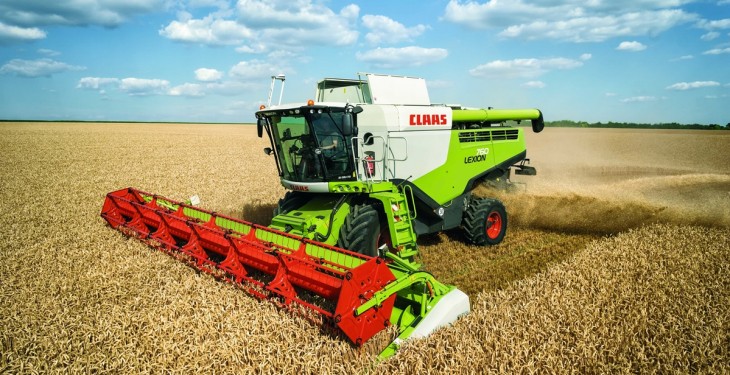 The recent weakening of the euro against Sterling is helping to boost Irish farm machinery sales, according to Claas CEO for the UK and Ireland Trevor Tyrell.

“There is strong evidence to show that Irish food exports are now increasingly competitive on the UK market,” he said.

“And this factor has been reflected in Irish farm gate prices. All of our Irish distributors are above their sales targets for 2015.”

Tyrell was speaking at the recent launch of the Claas combine harvester range for 2015. He confirmed that sales of grassland equipment in Ireland, particularly forage harvesters, is up on 2014 levels.

“Total Irish harvester sales this year may well come in at around 70 units, up from 50 in 2014. This market is now contractor driven.

“Last year, Irish milk producers enjoyed a sustained period of strong prices, with the result that contractors were paid with little delay. On the back of these good cash flows, contractors have had the confidence to invest in new farm machinery during 2015.”

Looking to the future, Tyrell believes that the current downturn in world dairy markets may have a negative impact on grassland machinery sales in Ireland.

“And the same principle holds, where combine sales are concerned,” he said.

“The current wheat price of £120/t will not encourage cereal growers to invest heavily in new combines.”

Claas is projecting sales of combine harvesters in the UK and Irelandof 600 units for 2015 and 2016. This is significantly down on the 800 units sold in 2014. Where new Irish tractor registrations are concerned, the company is predicting a total of 1,800 units in 2015.

“Tractor sales in Ireland have recovered over the past number of years,” said Tyrell.