Irish dairy farmers facing tough times unless they get costs down, says US expert 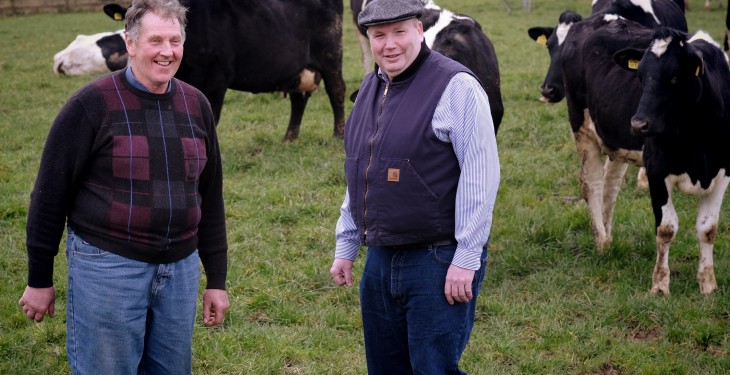 Unless Irish dairy farmers get their costs down they are in for some tough times, agricultural economist and co-operative expert Professor Michael Boland has said.

Professor Boland is being hosted by Arrabawn Co-Op in Ireland this week with 22 agriculture and food science students from the University of Minnesota and he said that the post-quota era will present significant challenges.

“There’s a real concern for dairy farmers here who have taken on debt to increase their production, that unless they get their costs down they are in for some tough times,” he said.

“I have been to more than 100 countries around the world and I know first-hand there is a lot of milk being produced in the world. So if the Irish farmer also decides he is going to produce a lot more milk, he better be cost efficient because there’s a whole load of countries all over the world doing the same thing.

“If you depend on the export market, like the Irish farmer does, you are going to have trouble trying to find a market for that milk if you are not competitive,” he said.

Professor Boland, looking ahead to the impact of post-quota on processors and farm sizes, believes that there will inevitably be consolidation.

“In the US in 1996 when subsidies came to an end, it led to very significant increases in production. Much the same is going to happen here in the post-quota era. There will inevitably be some level of consolidation also among processors.

Professor Boland said that the challenge will be if you want the higher value-add, it’s going to require investment in research and development. He also said that the co-operatives must have the size and scale necessary to have the money to make this investment and have a long term approach to production.

“They must have a positive balance sheet now and have cost efficiencies in place, just like our hosts Arrabawn has. You have to have a long term focus to really be successful in high value areas,” he said.

Students from the Minnesota University, which is located in the twin-cities of Minneapolis and St. Paul, were paired for a day with Arrabawn suppliers and got to see first-hand the standards applied on Irish farms.

For some, the ‘field trip’ was more to experience the quality rather than quantities coming from Irish dairy farms, not least given the enormity of their own family herds back home, Arrabawn says.