Representatives of the recently established producer organisation (PO) – Irish Beef Producers (IBP) – continued their nationwide series of information meetings outlining the structure and purpose of the entity in Killarney, Co. Kerry, this weekend.

An estimated 150 farmers turned out for the information session – organised by the Kerry branch of Beef Plan Movement at The Heights Hotel last night, Saturday, November 2 – where IBP co-director Eoin Donnelly gave a presentation on “how farmers will benefit” from the PO.

Attendees were also updated on the out workings of the ‘Irish Beef Sector Agreement, September 15, 2019’ and the state of play on the Beef Market Taskforce – which has yet to formally sit.

From the outset, Donnelly – who is also western chairman of Beef Plan Movement and acted as a lead negotiator for the group during the recent cross-stakeholder beef sector reform talks – said the PO is about “improving the farmer’s position” in the food chain by allowing large groups of primary producers “to collectively and legally” negotiate price with meat processors.

As it stands, five people have been appointed to the council of IBP, however these initial appointments were made in a bid to get the organisation off the ground.

Attendees at last night’s event were informed that elections for these positions will be held over the next 12 months, and are expected to be filled by IBP members from various locations across the country.

On the council appointments, Donnelly said: “The business and operation of IBP is controlled by the council, nobody else. Those five people will decide what goes and stays in the organisation.

“Its intent and purpose is to make sure that farmers can collectively negotiate the price they get for cattle. So instead of going in ones and twos, you can go with your neighbours and all negotiate together in your counties, your regions or even nationally. 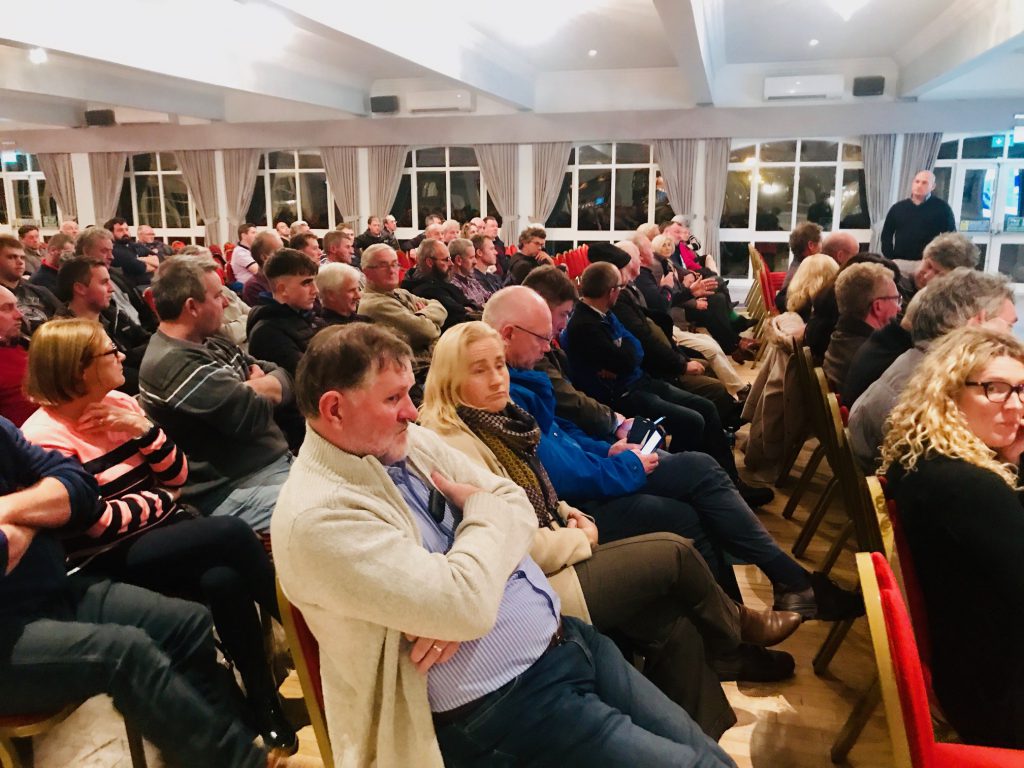 “This way, instead of an individual farmer negotiating for 10 bulls, through the producer organisation we can go with 1,000 bulls and say to the factories ‘what are you going to pay for 1,000 bulls?’.

“We will leverage our strength in numbers to get them killed in various plants to suit the geographical regions that we are in across the country,” he said.

Donnelly outlined that a two-year term will be put in place for council representatives. He also warned that if a council member is found to “not be acting in the best interests of beef farmers” they will be put up for re-election.

Although the PO is trading under the name ‘Irish Beef Producers’, the company is officially listed as ‘Glasson Beef Producers’. Donnelly explained why:

“Last January I applied to the Companies Registration Office (CRO) for the name of a company called ‘Irish Beef Producers’ and to this day, they won’t give me that company name, they won’t let me register it.

“So to avoid going on a merry-go-round and not getting progress, we went with the name ‘Glasson Beef Producers’ just to get it over the line.

“But I’m still in an appeals process with the CRO and I’m not going to give up on it, but that’s where the name ‘Glasson Beef Producers’ came from,” he said.

Membership for Irish Beef Producers is free, there is no charge – however, this may change if the organisation gains significant momentum.

“It’s free because it’s for farmers to help farmers, there are enough people taking money off farmers. It’s being done on a voluntary basis. 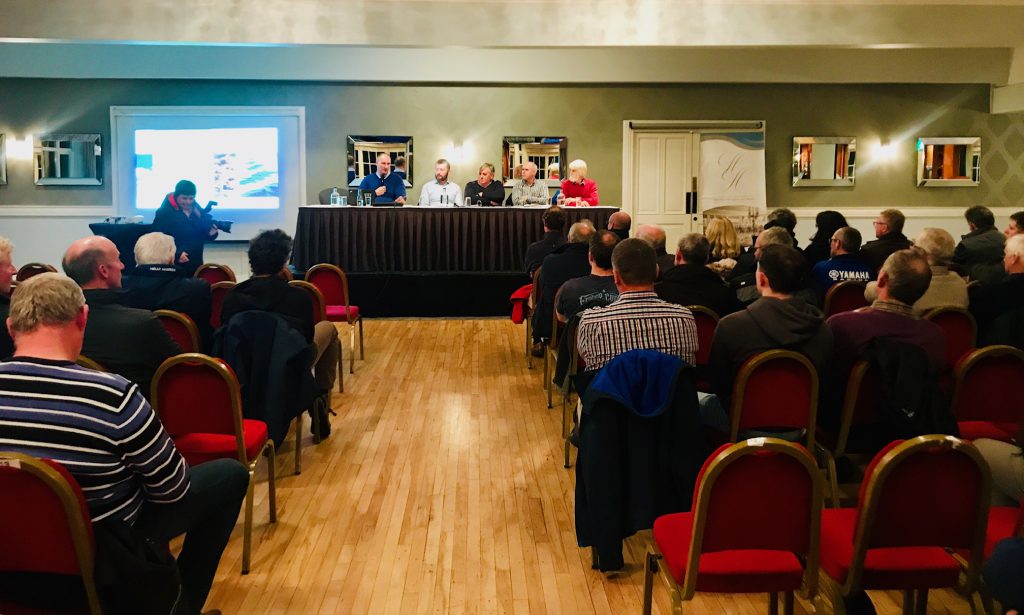 “The only time in which it may not be voluntary is when administratively it becomes quite big and we’re just going to have to pay people.

“By giving three months notice, we’re talking about a fee of a maximum of €5 per animal to cover administrative costs.

“But remember, it is to be done for the betterment of farmers so that we can collectively negotiate price for our cattle,” he said.

It was highlighted that one of the key rules outlined in EU legislation on the establishment of POs – which are delivering successfully for farmers in other beef-producing member states such as France – is that farmers can only be a member of one PO at any given time.

In the case where a member wants to depart the PO, a three-month notice period will apply.

As such, the member that is seeking to depart the PO must formally submit a request to leave – the additional time is to allow for the member’s details to be fully removed from the database, according to Donnelly.

“It’s the farmers choice, the PO is there to facilitate doing the deal to try and get more money for the farmer.

“I’m sure there are some big producers around here with over 1,000 head of cattle, just look at how strong a position they are in when they are selling their cattle relative to the smaller producer.

“You might easily know they are getting an extra 20c/kg or 30c/kg more, just because they have bigger numbers.

“The farmer gets paid straight from the factory, and the €5 if it applies, gets paid by the farmer to the PO.

Donnelly said members will be asked to give projections as to what they are going to sell stock wise over the coming period.

We will share that information within the PO, so we will have a profile of the outlook when you are going to sell your stock – that type of information is really, really valuable.

“And we will tell you independently and honestly if there is a lot of cattle coming that week or not.

“If there isn’t, happy days. But if there is we will say ‘how can you move your supply forward – by either pulling them forward or pushing them later.

“If you are all running towards the gap at the same time we can tell you there is a lot of cattle on our books and advise you to pitch for a different time,” said Donnelly.

The producer organisation is also about getting “farmers talking”.

“It gets them talking in a way that there will be a database there, and we can tell you what is actually coming through from a supply/demand perspective – and that is the leverage that will be used. 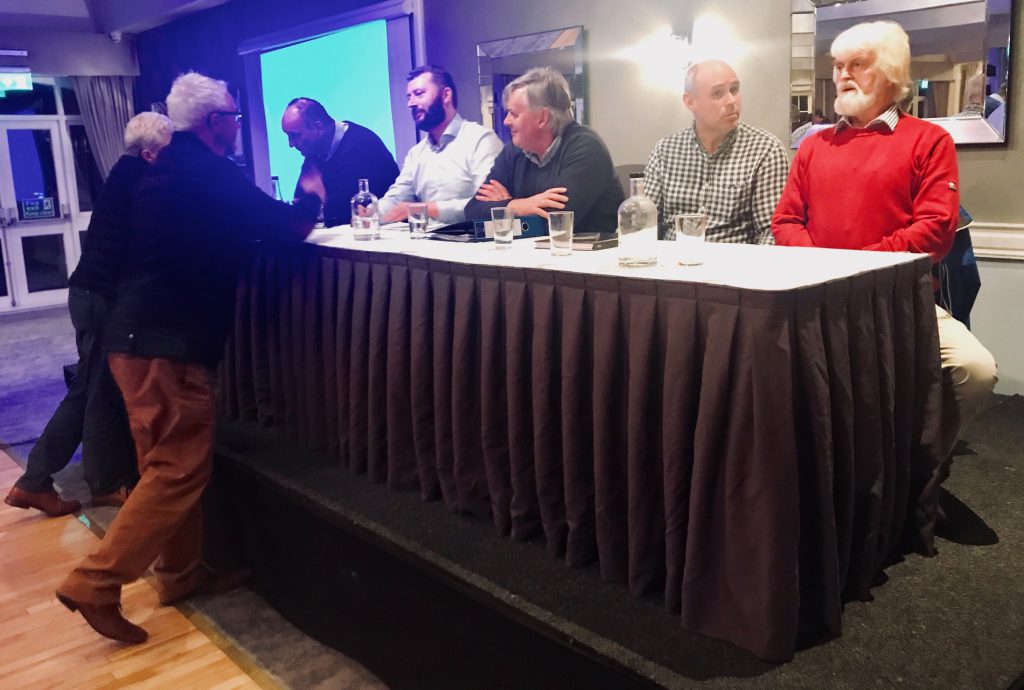 “It’s demand planning and supply planning. At the moment I’m sure factories are demand planning, they are not taking on orders that will put them under more pressure to kill more cattle than they would normally kill. Why? Because they would have to pay more for stock.”

In closing, Donnelly described the Irish Beef Producers as a producer organisation that uses legislation that “protects farmers” from any competition authority threat of price fixing.

“We will need people in localities throughout he country to help facilitate it being set up so that we can build information, put it into the database, and get a clear picture of what the supply quota is for cattle in the country.

“We will use that profile to negotiate a better price for farmers collectively. It is set up for the benefit of farmers, that is its purpose – and I encourage you to use it,” he said.

McDonagh to beef farmers: 'Protest gets you so far. You need a plan; an end goal'