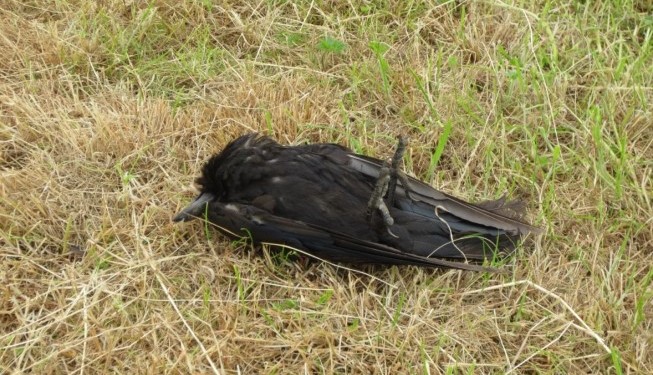 Dozens of birds have died in County Meath this past week, under circumstances that some believe are suspicious.

“It’s a week now since I was at the site near Newgrange and took the evidence I needed for prosecution,” he told Agriland.

“The birds have been sent to Department of Agriculture who have taken samples. I have to get samples to the State lab. I’m waiting on results on toxicology tests and post-mortem to prove illegal poisoning and to connect the source of the poisoning. That’s what we need to make a legal case. I intend to talk to the gardaí.

“Like them or not, crows are part of our menagerie of wildlife- it was jackdaws and rooks and a seagull poisoned. The biggest concern we have is in relation to birds of prey. The buzzard is quite common now in Ireland, but we have found poisoned buzzard in recent years.

“The target species is apparently the crow, but the buzzard can ingest it and gets secondary poisoning. The other issue in a national context is eagles and the red kite which were reintroduced after being made extinct [in Ireland]. They’re having a degree of success, but if poison is laid out indiscriminately they can ingest it.”

Dr Eakin says that laying out poison can also be harmful to animals. “These are tillage fields; there is legislation that was designed to prevent indiscriminate poisoning which protects animals, especially farm dogs. Over the years we’ve had a few reports of possible poisoning of farm dogs. If the substance is alphachloralose [used to poison crows], that would be dangerous for dogs.

So what alternatives to poison would he recommend for dealing with birds and pests?

“The answer is shooting. It’s perfectly legal to shoot them all year round if crops are threatened. Being out there with a shotgun scares them off and it’s standard practice.”