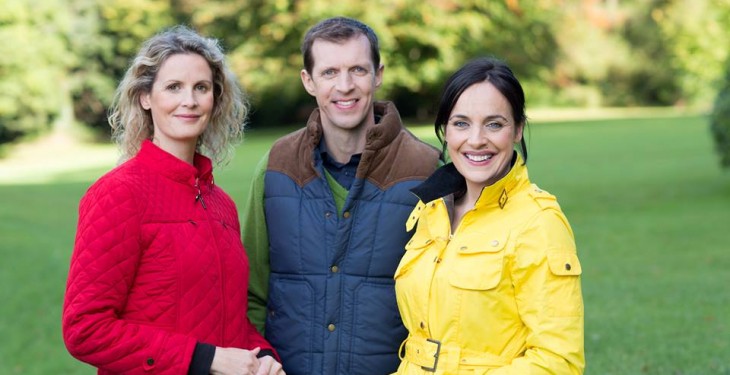 It’s nearly Thursday and you know what that means, Ear to the Ground time on RTE One at 8.30pm! #ettg

This week’s episode will feature an inspiring dairy farmer who is moving positively forward with his farm injury, a look at the new craze micro vegetables which is taking taking Dublin’s posh restaurants by storm and a visit to a teenage whizz kid who is driving farm entrepreneurship.

“I WOULDN’T WISH THAT PAIN ON SADDAM HUSSEIN”

Less than a year ago, in April 2013, life changed forever for Carlow dairy farmer Paddy Kennedy. While rushing around on his farm during the first break in the weather from a cold, wet spring, Paddy took a risk that cost him his ear and his left leg.

Darragh Mc Cullough meets the inspiring farmer who orchestrated his own rescue operation. Paddy was faced with an unimaginable decision: lose your leg or lose two years of your life in an attempt to keep it.

Paddy is remarkably optimistic and pragmatic, already making plans to adapt and improve his farm in anticipation of the first quota-free year of milk production in 2015 and eternally grateful he lived to share his story.

On special occasions, there is a preconception that bigger is better. The latest craze among gourmands, however, is to downsize. Two years ago, North Dublin farmer Brendan Guinan spotted a trend among the world’s top chefs: they were all serving tiny turnips and carrots etc. Along with fellow farmer Donnacha Donnelly, Guinan decided to fill the gap in the Irish market. This week’s Food Journey takes Ella Mc Sweeney down their new path.

Guinan and Donnelly now supply Dublin’s top restaurants with micro vegetables. In spite of their unusual appearance, all of the vegetables are organic and not genetically modified. Ross Lewis, head chef of the illustrious Chapter One restaurant, tells Ella Mc Sweeney about the Irish appetite for miniature versions of old favourites.

Teenagers are often accused of being lazy, unmotivated and concerned with little else outside of their own bubble. Andrew Butler from Tipperary is the antithesis of this stereotype. At the ripe old age of thirteen, he has turned his hobby of keeping chickens into a school project, a planned series of books, a phone app and an enterprising business!

Shrewd Andrew spotted a growing niche in the market: non-farmers keeping chickens in their gardens. The first book in his ‘Chook Book’ series is guide to keeping chickens aimed at these novices. Last summer, Helen Carroll visited the enterprising youngster and discovered he was an entrepreneurial force to be reckoned with.