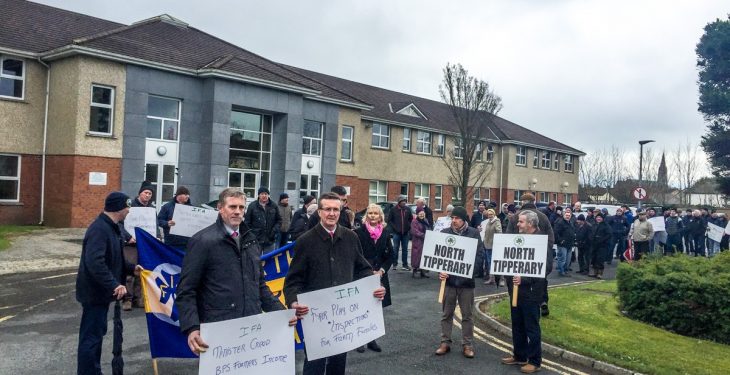 The Irish Natura & Hill Farmers Association (INHFA) has welcomed recent action taken by Tipperary farmers with regard to the Department of Agriculture’s farm inspection process.

“Their sit-in at Department offices highlights clear concerns with the Department’s inspection process, concerns that we have has raised in the past year,” INHFA National Chair Vincent Roddy told Agriland.

The action involved approximately 200 farmers. They mounted a protest outside the Department of Agriculture’s Nenagh Office last Thursday. 15 of the group were subsequently involved in a sit-in that evening. The demonstration had been organised by members of North Tipperary IFA.

The protesters said that 53% of farmers in their region receive fines and penalties, subsequent to inspection. The figure for the rest of the country, they explained, is 39%.

Meanwhile, Roddy has outlined how the INHFA has made repeated calls for reform of the Inspection and Appeals Process and noted how “plans to reform it have been included in the Program for Government but, as of yet, nothing has happened”. He explained: “This is something that has to change, irrespective of any objections from Department staff”.

Referring to the O’Connor case regarding land eligibility, Roddy pointed to “serious deficiencies highlighted by the Judge which the Department needs to take on board”.

Of particular concern,” he added, “was the absence of a control report and the Department’s inability to follow basic, fair procedures.

Following this High Court decision, the INHFA called for a full reform of the Appeals Office to ensure “real independence and an appropriate route to the courts if procedures are not followed”. Roddy concluded: “The current situation must change and until it does there will be an increasing sense of us versus them between farmers and the Department.

“Such an attitude will only serve to create further division in an already-fractured relationship. This is why the issues raised by these Tipperary farmers, and the many farmers the INHFA has represented, need to be listened too and acted on.” 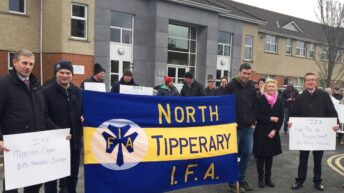