Increasing productivity in the dairy herd by tackling worms

Following on from a difficult winter and late spring, increasing productivity of the dairy herd is critical for farmers.

Ensuring that cows are in the best physical shape and allowing them to deliver in terms of milk yield and solids is central to this.

Infection of dairy cows with gutworms is an underestimated cause of reduced performance in these herds.

Previously, it was always assumed that adult dairy cows could easily deal with parasitic infection and that such infections would not have any detrimental effect on productivity.

A body of evidence exists outlining the negative impact that gutworms can have on the productive performance of adult dairy cows.

The effects of gutworms – in dairy cows – can be divided into clinical and sub-clinical effects. Outward visible symptoms are clinical signs. These include scouring and a rough coat, but both are relatively unlikely to occur in adult dairy cows.

These diseases are more common in young stock during their first or second grazing season. Losses in the animal’s productivity without outward clinical signs – otherwise known as sub-clinical effects – are much more common in adult dairy cows.

Sub-clinical infections are more difficult to detect, but are a major cause of reduced productivity in dairy herds.

Adult dairy cows can harbour a large number of gastrointestinal parasites (mainly Ostertagia ostertagi). One 1999 study found that between 83% and 100% of culled dairy cows were infected with gutworms.

If – as this study suggests – most herds are suffering from a high-gutworm burden, it means Irish dairy farmers are losing money as a result.

Dairy cows are bred to produce vast quantities of milk and are – therefore – under nutritional pressure; so even a few parasites can reduce production in these high yielders. 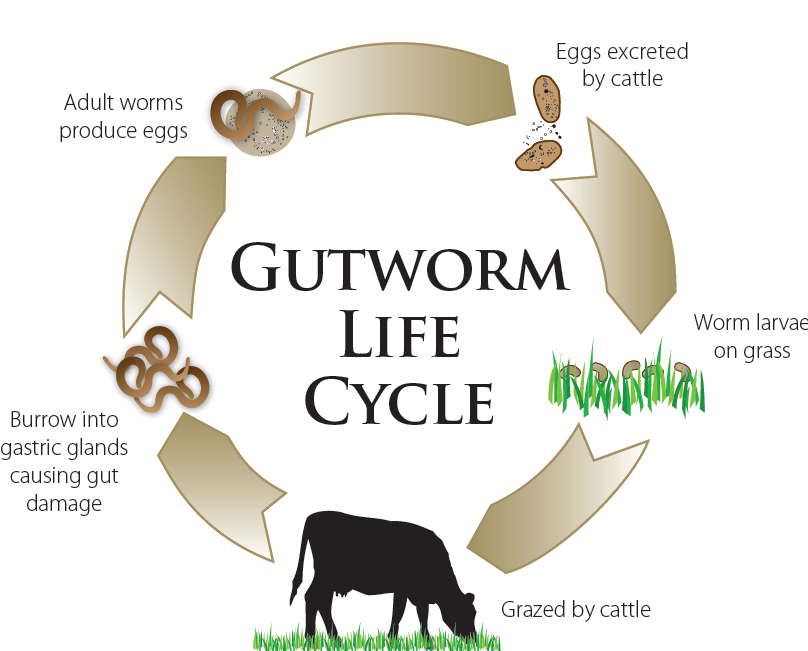 For example, the same burden of worms in a suckler cow is likely to cause little or no production losses.

Because of the demands of lactation, it takes fewer parasites in high-producing dairy cows to cause economic losses than it takes in lower-producing animals that are not under the same pressures.

Gutworms can also affect the animal’s immune system. Animals harbouring a gutworm infection will be immunosuppressed.

This can interfere with the animal’s ability to deal effectively with infections that they are exposed to. The freshly calved, transitional cow is already immunosuppressed and the presence of worms magnifies this immunosuppression.

Benefits of worming dairy cows with an Eprinomectin-based wormer:

A bulk tank milk test for the measurement of antibodies to the main gutworm Ostertagia ostertagi exists. This test helps to give an indication of the level of exposure within a herd to gutworms.

The results of this test are expressed as a ratio and offer an excellent tool to assess parasitic burden within a dairy herd.

The higher the ratio the greater the potential benefit of treatment of that herd for gutworms. Overall, the bulk tank milk tests can be used to identify those herds, where the greatest milk yield response after a worming treatment is expected and can contribute to a strategic and justified use of an anthelmintic.

Lungworm is quite an unpredictable disease process. It not only affects young animals, but also adults such as milking dairy cows. Over the last number of years, the problem of coughing dairy cows has become much more prevalent.

If adult cows have poorly-developed immunity to re-infection and are then exposed to heavy lungworm larval challenges from pasture, they may develop severe respiratory signs. 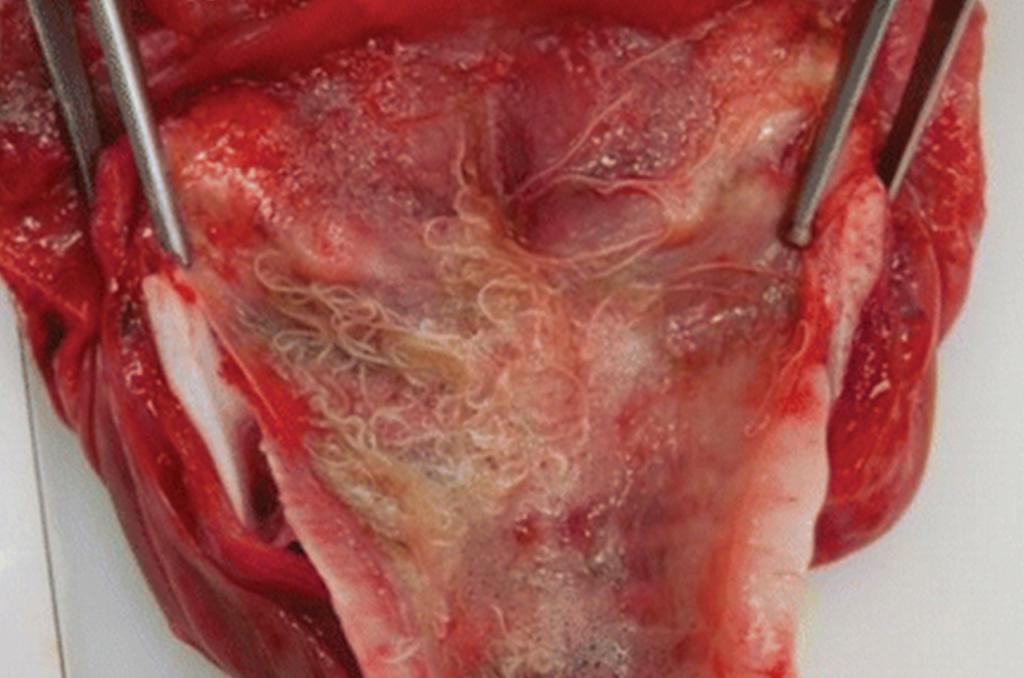 This disease process is referred to as re-infection hoose. In these adult cows re-infected with hoose, a significant immune response is then triggered in the lung by the larvae.

This immune response gives rise to an out pouring of fluid into the lung. Clinical signs in these cows include: persistent coughing; increased respiratory rate; a sharp drop in milk yield; weight loss; and death in severe cases.

As is the case with any animal with parasitic pneumonia, secondary bacterial pneumonia is a common sequel and may require veterinary intervention and treatment.

The overuse of wormers in calves and replacement heifers is well documented as an important risk factor for the development of re-infection hoose in adult dairy cows. 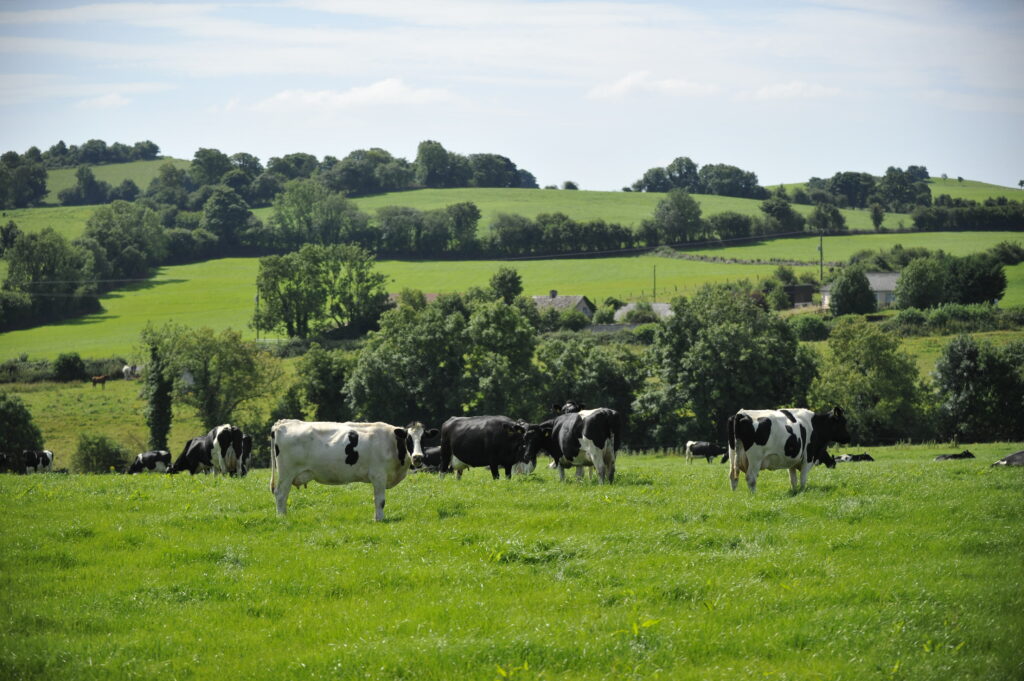 Animals with poor immunity – once exposed to lungworm larvae – are then re-infected and this can manifest in the dairy herd as coughing adult cows.

Some of the herds reporting coughing adult cows, graze the calves ahead of the cows. This practice is also a predisposing factor for the re-infection syndrome, as pasture grazed calves will be likely to have a heavy lungworm burden; it will seed the cows pasture with very heavy larval burdens of lungworms.

Immunosuppression in adult cows may also predispose them to re-infection with lungworm larvae. Well documented causes of immunosuppression in the dairy herd are underlying liver and rumen fluke burdens, as well as negative-energy balance.

The diagnosis of the re-infection syndrome in adult animals is fraught with difficulties. In calves, faecal sampling is the normal route to take to diagnose patent lungworm infection.

In calves, the lungworm larvae mature to adults and lay eggs, which hatch to the first stage larva that can be found in faecal samples.

By contrast – in adult animals – this is a different disease process – i.e. re-infection and faecal samples generally give negative results.

This is of course because the adult animal’s immune system prevents the lungworm larvae from maturing into egg-laying adults and – therefore – there will be no larvae in the faeces. Bulk milk Elisa tests are also of little use as this is a test for antibodies against the adult worm.

Generally, to reach a definitive diagnosis, lung washes are necessary.

After a thorough investigation, if re-infection hoose is the most likely diagnosis, treatment involves treating all cows with an appropriate wormer.

In dairy cows during lactation, Eprinomcetin-based products are the most appropriate wormer, given they are zero milk withdrawal products. 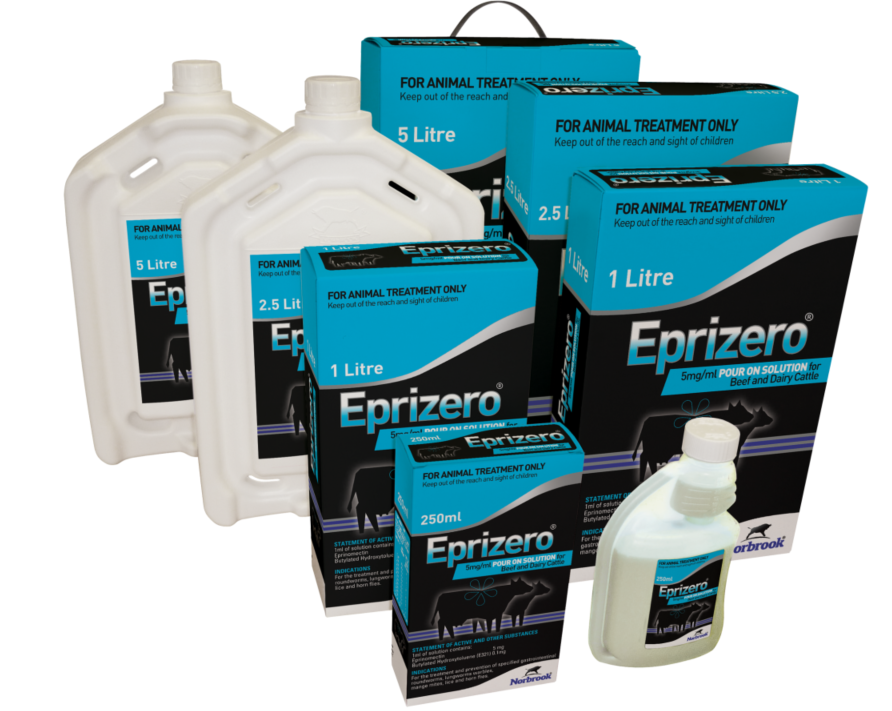 It is worth noting, as soon as lungworm is identified in a herd, it is extremely important to treat the whole herd and to instigate treatment as quickly as possible.

Delaying treatment can result in permanent damage to the lungs, affecting the animal’s long-term performance as well as making them more susceptible to secondary infections.

Prevention of re-infection hoose is centred on ensuring that replacement heifers are not overdosed during their first and second grazing seasons, as this allows them to develop good natural immunity.

The use of a lungworm vaccine may also have a role to play in ensuring that replacement heifers develop good natural immunity.

Avoid exposing dairy cows to very high challenges of lungworm larvae. This can arise in cases where calves are grazed ahead of the cows.

The strategic use of Eprinomectin-based products six-to-eight weeks after turnout out – i.e. in late spring / early summer will reduce the parasite burden on grazing pastures.

A second Eprinomectin treatment during mid-to-late summer may be required in some herds.

Eprizero® 5mg/ml Pour-On Solution for Beef and Dairy Cattle is a convenient and effective pour-on solution for the treatment of gutworms, lungworms and external parasites.

It offers a zero milk withdrawal period making it the ideal choice for dairy farmers as it can be used strategically at any stage of lactation.

It has a meat withdrawal period of 10 days and is fully rain fast.