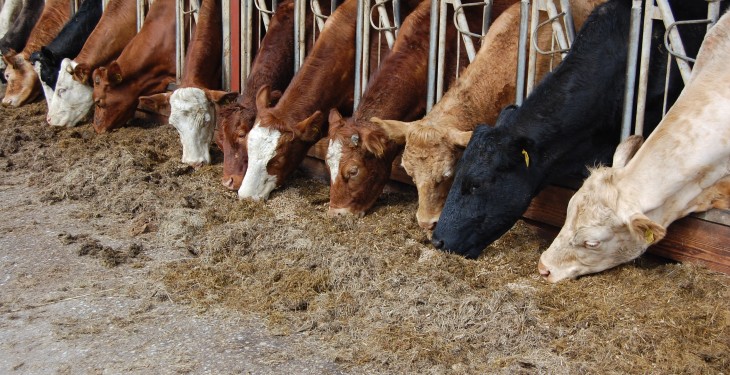 Including the slow-release rumen conditioner Acid Buf can produce a significant 7% increase in growth rate and a 5% improvement in feed conversion efficiency (FCE), according to the results of a recent beef finishing trial carried out by the University of Milan.

The trial also highlighted several additional benefits, including: a reduction in the incidence of bloat; fewer cases of lameness; and less aggressive behaviour.

Dr. Derek McIlmoyle, AB Vista’s EMEA ruminant technical director, said: “The only difference was that the ration fed to half the pens also contained 80g/head/day of a standard sodium bicarbonate rumen buffer, whilst the others received 40g/head/day of Acid Buf.

The typical finishing mixed ration used was based on maize silage and brewers grains and fed ad-lib to 126 Charolais bulls over a 130-day feeding period.

Growth rate increased by 110g/day for no significant increase in feed intake, which resulted in a 5% improvement in FCE.

Most importantly, the significant increase in average daily gain – from 1.57kg/day to 1.65kg/day – wasn’t achieved by increasing feed intake. As a result, FCE (measured as the kg of feed required to produce one kg of weight gain) improved from 7.36 down to 6.98.

“Over a typical finishing period, this 5% improvement would allow the same finishing weight to be achieved with 75kg less feed; resulting in a potential cost saving of €18/animal,” McIlmoyle stated.

In a commercial situation, the corresponding 7% gain in growth rate would also mean that cattle finished up to seven-to-10 days earlier.

“Not only would this reduce feed consumption – and feed costs – but it would also allow more cattle to be finished each year. With minimal additional cost for the slow-release conditioner, the result would be a substantial gain in beef unit profitability.

“Alternatively, for the same feed intake and finishing time, the additional gain when using Acid Buf would add 10.5kg to the finishing weight. At a kill-out percentage of 58% and a price of €3.85/kg, the increased carcass weight would increase income by €40/head,” he added.

However, Acid Buf isn’t just a rumen conditioner. The calcium and magnesium contained within the marine algae used to produce Acid Buf is highly bioavailable, with potential calming effects on cattle behaviour.

“During the trial, temperament was assessed by monitoring behaviour both during handling operations and at four separate times during the trial; each of which involved two hours observing the cattle in their pens,” McIlmoyle explained.

Temperament appeared similar for all cattle during handling. However, by day 120 of the trial, the 63 cattle receiving Acid Buf were showing clear signs of a reduction in aggressive behaviour in their pens – two incidences of fighting or mounting were recorded in the two-hour observation period compared to seven.

This change matches anecdotal evidence from the use of Acid Buf on-farm, he claimed. 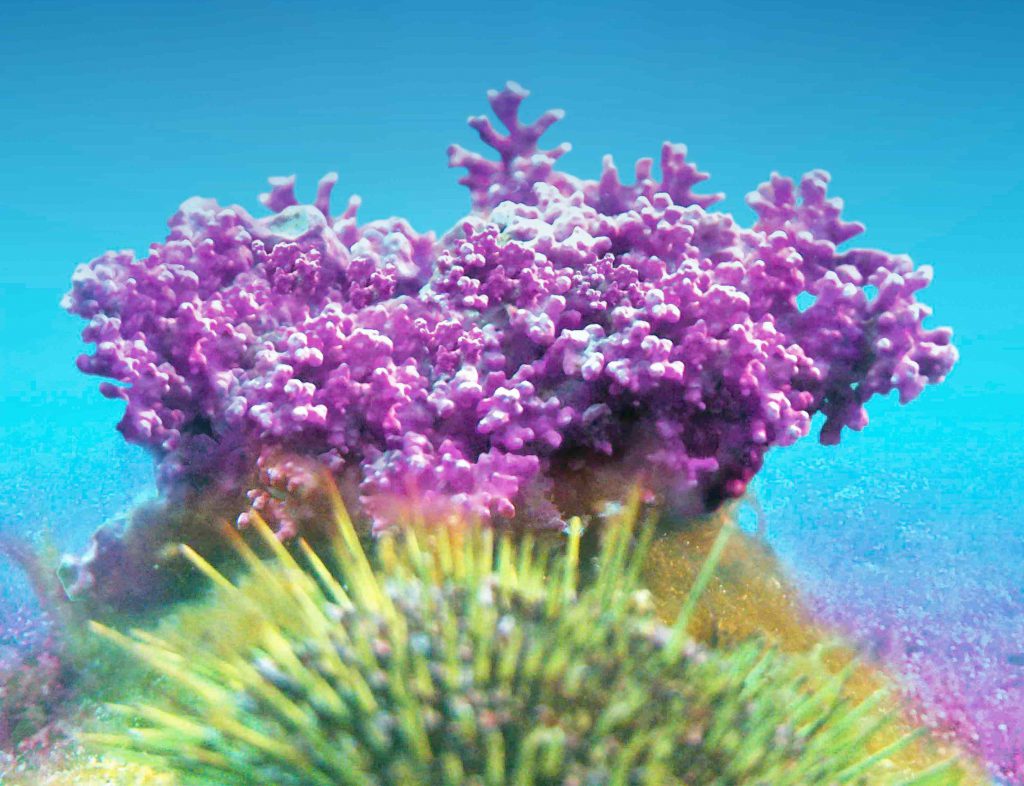 “The health of the cattle was also evaluated through veterinary inspections twice daily to assess the typical problems associated with intensively-finished cattle, such as bloat and lameness,” he continued.

“Both reduce cattle performance and increase costs, so the benefits seen in this trial – due to the improved rumen pH and reduction in acidosis with Acid Buf – are extremely important.

“Together with the gains in growth and temperament, the result would be a substantial improvement in costs, margin per head and overall profits.” 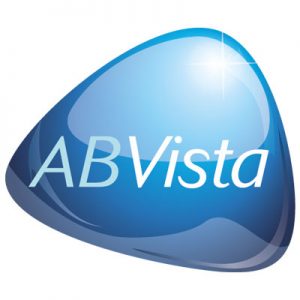