Imports of sheep from Northern Ireland up 20%

Supplies at sheep export meat plants in the South for the week ending February 5 stood at almost 44,000 head which was around 12% or almost 5,000 head up on the corresponding week in 2015. Of the almost 44,000 sheep killed in Southern plants that week over 20% were Northern Irish origin. 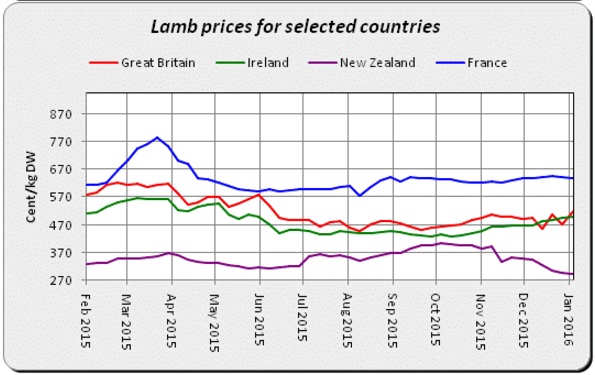 Meanwhile, quotes from the major NI processors for R3 grade hoggets this week remained firm at 390-400p/kg (505c/kg -518c/kg) with plants paying up to 22kg, according to the LMC.

In Britain, Bord Bia says the trade continues to rise on the back of increased demand. The SQQ live price for lamb in England and Wales was making the equivalent of around €5.33/kg  towards the end of the week. In France, little change in the trade was reported this week.