IFA’s Tim O’Leary commits to ‘clear accountability on everything’ 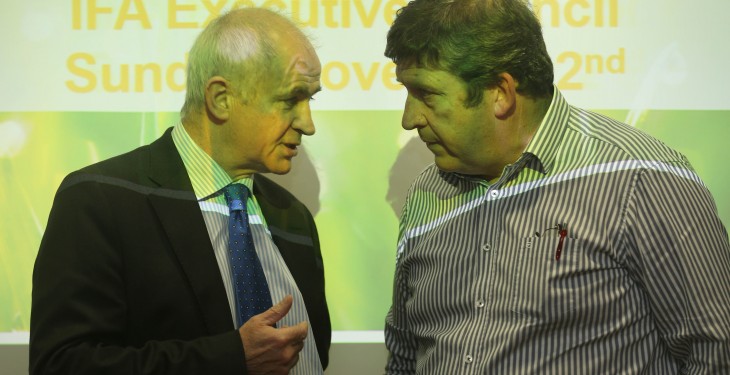 The IFA is working through its current difficulties and when they are fixed there will be clear accountability on everything, according to Deputy President Tim O’Leary.

Last night IFA President Eddie Downey said would step back from his position to facilitate the a review of the governance of the Association with O’Leary now undertaking the functions of the President.

Speaking on Newstalk today (November 24), O’Leary gave a commitment that there’ll be no cover-ups.

O’Leary said that Eddie Downey is stepping aside while the review of the organisation is being carried out by Con Lucey, which he said will take weeks.

“I think that we want to give Con the space to carry out a proper and thorough review of this. He’s thorough, he has attention to detail and he’s straight-talking.

The intention is for Eddie Downey to return, if that is what Con is recommending; that everything is in order then we will continue as normal.

“We need to understand that the body that deals with these issues is the executive council of the Irish Farmers Association.

“We want to do that in a fair and proper manner.

“We took a decision that we work through the process. We have a remuneration committee and they will come back to the council with a report.

When asked was Pat Smith given a severance package, O’Leary said ‘no, not yet’.

“There is very clear law here for employees and we are working through that. It is not finalised.

“It is confidential at the moment because it was not finalised and we will work through it in due course. When that is all finalised we will have a statement on it.

Pat Smith’s salary package came to a total shock to everyone in the organisation, he said.

“In the previous structures the President and the Treasurer had the responsibility for the salary for the Secretary General.

“Con Lucey said that that was a risk and needed to be strengthened so we did that and put a remuneration committee in place that was to deal with this.

“That salary was not discussed by the current President and Treasurer until that remuneration committee was in place.

That was finally put in place in the last number of weeks and then it was going to work, but circumstances passed it out.

O’Leary was asked by Breakfast presenter Ivan Yates, in 2013 who set Pat Smith’s salary, to which he replied the President and the Treasurer.

“In 2013 Eddie Downey was not the president of the IFA, Eddie Downey assumed it in January 2014 and he had not signed-off on the General Secretary’s salary since then.

“To be fair to the man in the position he had to get paid on a weekly basis, so the salary rolled forward and there was no bonuses agreed for 2014,” O’Leary said. 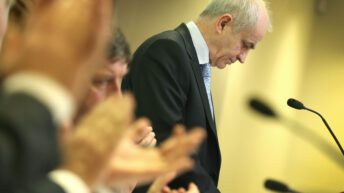 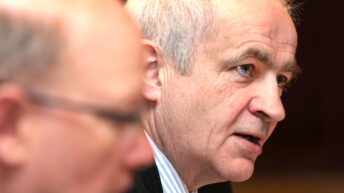