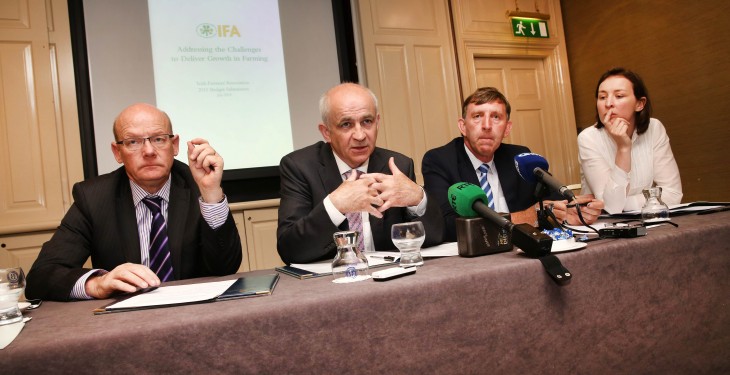 The appointment of Phil Hogan as the next EU Commissioner for Agriculture has been welcomed by IFA President Eddie Downey.

He said the IFA looked forward to working closely with him in shaping the future of the Common Agricultural Policy in a way that will have a positive impact on Irish and European farm families.

He said: “The Irish Government has secured a portfolio that is important for Ireland. As agriculture is our largest indigenous industry, having Ireland’s nominee in control of Agriculture and Rural Development is testament to our standing in Europe. The Taoiseach Enda Kenny has negotiated a senior role for Phil Hogan that is very significant for this country.”

Eddie Downey said: “There are important decisions ahead for the agriculture sector, including the future direction of the CAP, excessive EU bureaucracy, climate change restrictions, EU retail legislation and damaging trade deals. Irish and European farmers need a strong voice around the Commission table. Through our Brussels office, we will work with Commissioner Hogan and his officials to secure strong support for farm families into the future. I would also like to welcome the appointment of Limerick man Peter Power as the new Chef de Cabinet”.

“The mid-term review of the CAP will be a key opportunity to re-focus towards a common policy that supports food production and ensures a viable living for active, productive farmers. The right outcome on these policy areas will only be achieved by having a Commissioner who recognises that the direction of the CAP needs to change.”