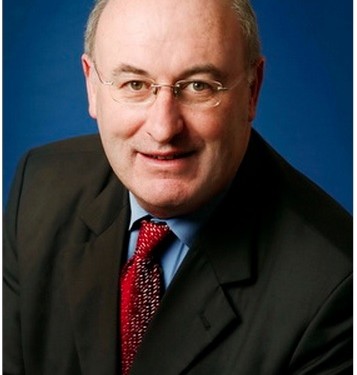 President-elect of the European Commission Jean Claude Junker announced his cabinet this morning and included Former Minister for Environment Phil Hogan as the next EU Commissioner for Agriculture and Rural Development.

The news was expected following leaked documents reported by Agra Europe last of the new appointments for 2014-2019 say that Hogan is set to fill the shoes currently occupied by the Romanian Commissioner Dacian Cioloș. Hogan will be handed control of 40pc of the EU’s €150bn yearly budget – a total of €60bn.

The 54-year-old, Fine Gael TD will receive a salary and allowances of almost €250,000 per year before tax.

“Agriculture has always been a priority for Ireland and this is an appointment that Government has made a priority. It is a very significant announcement for Ireland and is recognition of the role the Irish Presidency played in securing a Common Agriculture Policy (CAP) agreement last year”.

This is clearly the appointment this Government had sought and been working on for the last number of months and I am delighted that today we have secured the position of EU Agriculture Commissioner. Ireland sees this appointment as securing a major economic portfolio with controls 40% of the EU Budget. This Government has prioritised Agriculture and Food as a major economic driver for the Irish economy and this appointment will help deliver those targets.

I wish Phil Hogan the very best in his new role and look forward to working closely with him.’