Irish agriculture cannot be dominated by dairy in the future 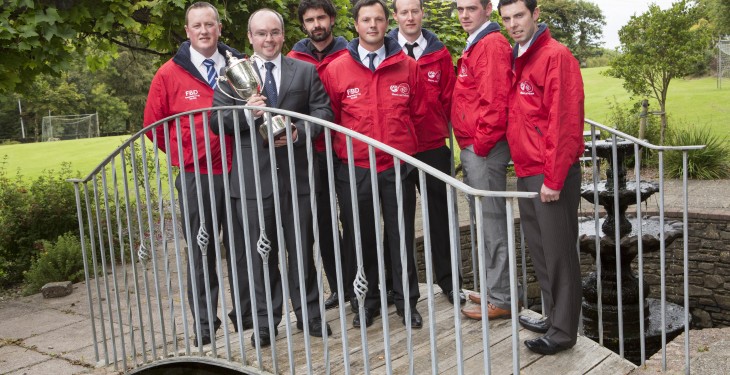 Kieran O'Dowd with the finalists of the Macra Young Farmer of the Year.

The diversity of the finalists of the Macra/FBD Young Farmer of the Year competition is testament to the fact that agriculture in Ireland cannot be dominated by dairying, according to Macra na Feirme President Kieran O’Dowd.

Speaking at the FBD young farmer of the year awards last week he was keen to highlight the diverse group of farmers in the competition.

“They say that variety is the spice of life and agriculture particularly in this country cannot be completely dominated by dairying into the future.

O’Dowd outlined that the reason for the success of dairy farmer in the Young Farmer of the Year Award over the years is because dairy farmers are so keen when it comes to monitoring performance and costs such as inputs and outputs.

“That often gives them an advantage when you look at it realistically in this competition. But there are a lot of beef farmers and sheep farmers doing similar things and as time goes by there will be more variety in the winners that we have.”

He went on to say that the main reason the Young Farmer of the Year Awards is important is that it gets young farmers around the country to pit themselves against their peers.

“And to put themselves through an interview process where they have to look at their figures and see how they stack up and then they are judged by other farmers and former farmers.

“So it means that they get a chance to know what they are doing and to look at developing themselves as a farmer. Even if they don’t win its in the taking part in any competition you learn lots of new things and you learn more often from the mistakes you make rather than things that always go right for you.”