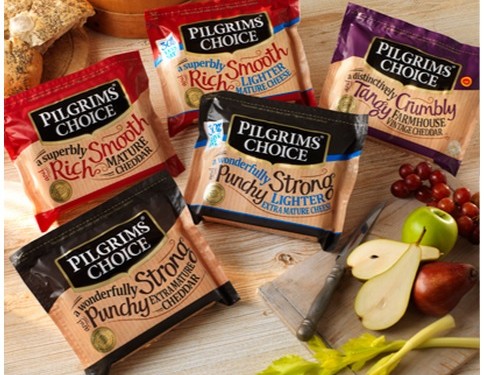 While the retail cheddar market in the UK remains in overall value growth, branded products continue to fall out of favour with consumers according to DairyCo.

Citing latest data from Kantar Worldpanel, it says the total amount spent on branded cheddar was down by almost £50 million (7.4%) in the 52 weeks to August 17, when compared to the same period a year earlier.

DairyCo says around 62% of branded cheddars are mature varieties and therefore the largest impact has been on this segment. While branded varieties used to make up the majority share of the mature cheddar market, this has declined and in the last year, private label varieties accounted for 54% of mature cheddar sales by volume. Despite lower average prices, it now also makes up half of the market by value.

DairyCo also says although sales of branded cheddar are in decline, there is a very mixed picture within the branded mature cheddar market. Some brands significantly outperformed the market, with considerable growth over the past year.

The UK is a key market for Irish cheese with Irish cheddar brand Pilgrims Choice, among the leading cheddar cheese brands in the UK market.