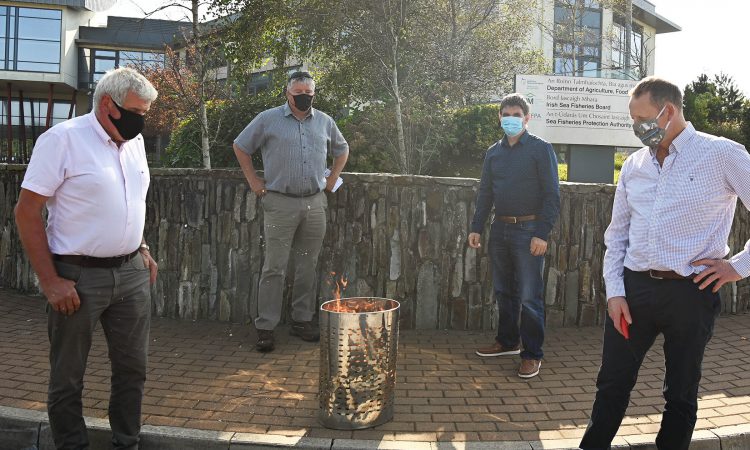 Two weeks to the day since the president of the Irish Farmers’ Association (IFA), Tim Cullinan, burned a pile of TB risk letters, the practice now seems to be filtering down the ranks of the association.

IFA members in Co. Cork staged a protest in which yet more of the letters were incinerated, outside the Clonakilty offices of the Department of Agriculture, Food and the Marine today (Monday, September 21).

The TB Herd History Risk Statements and Reports have been met unfavourably by farmer organisations since they were issued to farmers, with particular concerns over the potential impact on farmers’ ability to sell animals.

“All correspondence issued by the Department of Agriculture must be fully GDPR compliant and not blacklist farmers for events outside their control. These letters do not meet these basic requirements and should be withdrawn immediately,” Kingston argued.

The protesters demanded a TB programme that “tackles the real drivers of TB and reduces the cost burden of controls on farmers and their families”.

The IFA says that local department officials in Clonakilty were asked to make the protestors’ views known to senior officials in advance of an upcoming meeting of the TB Forum.

Farmers want to see meaningful dialogue between the department and farmers. Several issues have been raised consistently, but so far these have fallen on deaf ears.

“The disconnect between senior Department of Agriculture policymakers and those who are impacted by their decisions cannot continue,” Kingston argued.

His colleague, Derry Scannell, added: “The implications of these letters extend beyond the devaluing of animals on farms. They could have severe repercussions for the mart trade and broader market access for farmers.

This approach has the potential to increase the number of movements and distance of movements of animals through the hands of opportunistic buyers.