‘Let’s kick Coveney hard enough to get a result’ 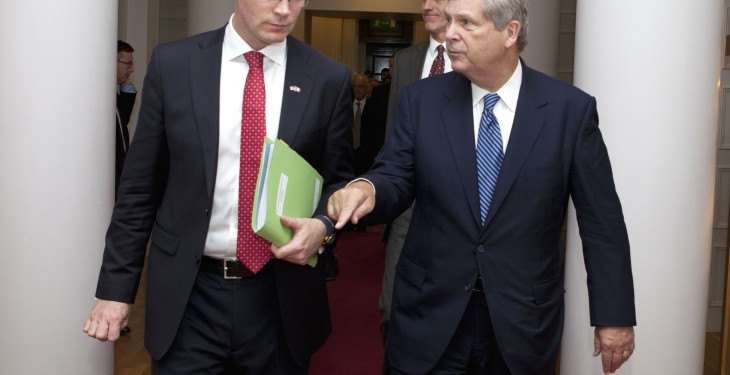 Last night’s IFA beef meeting in Roscommon saw Minister for Agriculture Simon Coveney come in for some intense criticism from the audience and the IFA.

Downey replied that quite simply the IFA is not happy with the Minister for Agriculture.  “The question is very simple – ‘is the IFA happy with Simon Coveney?’ I think we all know the answer to that.”

“Nobody is happy. Is the IFA? Am I happy with Simon Coveny as Minister for Agriculture? No.”

He went on to say that the test is currently there for the Minister and he has failed in his role. “We are not happy with him as Minister for Agriculture. The test is there for him. He has been asleep at the wheel. Because he thought was moving. He kicked the issues down the road.

“Yes he delivered a CAP reform and we got the Rural Development programme which will be delivered on next year. That’s a test delivered.”

However, Downey said the real tests are yet to come and said the IFA wants the Minister to deliver the Single Farm Payment in October. The IFA have also called on the Minister to row in behind them on the Northern Irish issue of ‘nomad cattle’.

However, Downey was keen to make the point that he wasn’t calling on the Minister to resign. “The issue here is we are 12 months away from an election. He is the Minister we have. Let’s kick him hard enough and let’s get a result from him.”