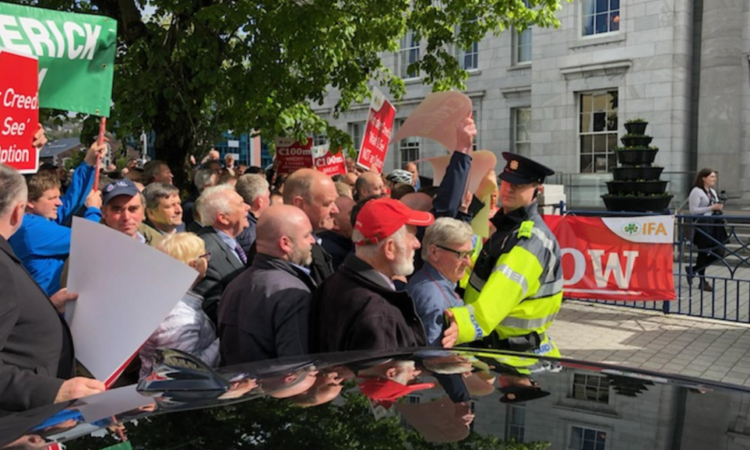 Close to 1,000 members of the Irish Farmers’ Association (IFA) from across the country are protesting outside city hall in Cork in opposition to the Government’s “lack of action” to protect the beef sector from Brexit.

More than a dozen tractors and an Angus bull are blockading the street in the city centre, which is heavily manned by a Garda presence.

Joe Healy, the president of the association, told AgriLand that he engaged with a number of politicians as they made their way into today’s cabinet meeting at the venue.

“This is a very serous situation. The beef sector is on its knees. The sector is so important to the whole country. It brings in €3 billion to the economy and keeps rural areas alive, particularly areas not suitable for dairy farming,” said Healy. 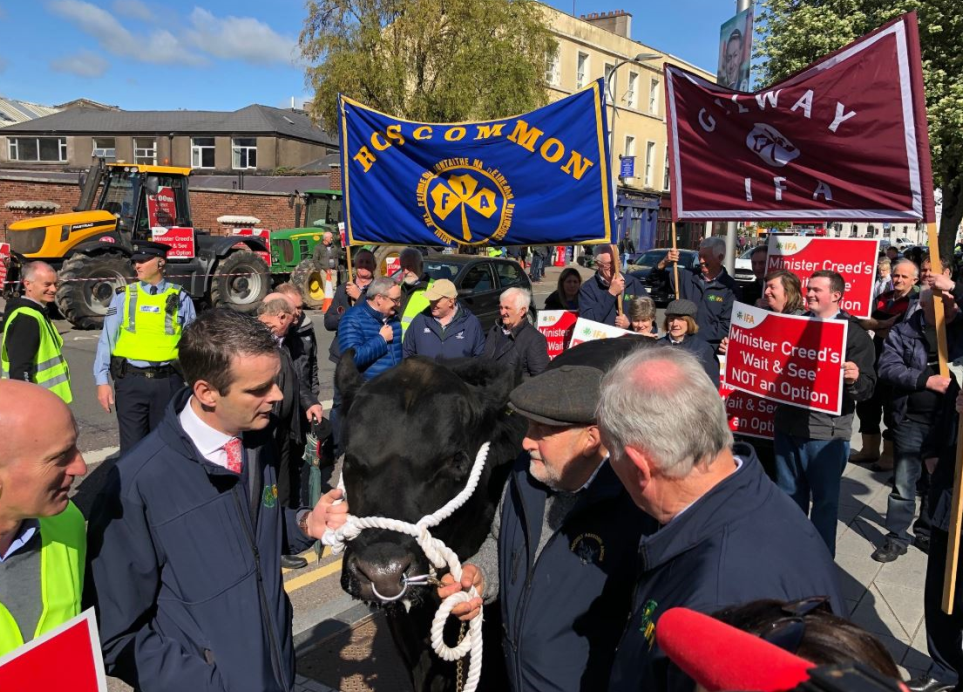 “If suckler and beef farmers do not get support, they won’t have a future.

“We are demanding €101 million for beef sector support, as that has been the loss already incurred by the sector as a result of Brexit,” argued Healy.

He continued: “That figure is based on data from the Department of Agriculture, Food and the Marine, and Bord Bia.

Machinery and livestock are forming part of the protest @IFAmedia pic.twitter.com/hU1hBd0LD3

Healy confirmed that he has already briefly spoken to the Tanaiste, Simon Coveney; as well as Minister for Agriculture, Food and the Marine, Michael Creed; Minister for Health, Simon Harris; and Minister for Business, Enterprise and Innovation, Heather Humphreys.

“Yes, they engaged with us this morning, but the time for taking is over. We’ve already been affected,” concluded Healy.

In an address to the crowed today, Healy warned the politicians that, with the local and European elections approaching, the issued facing the beef sector, would factor into farmers’ decisions when they go to the polls.

Politicians have not delivered on their promises. Our message to the Taoiseach and his cabinet here in Cork today is that farmers will judge politicians on their actions on this issue. Election Day is three weeks on Friday – May 24th – and May 25th will be judgment day.

“Today we are sending a strong message to the Government that farmers are rebelling against inaction. The Minister for Agriculture has been standing idly by, adopting a ‘wait and see’ approach. This is not good enough,” he added. 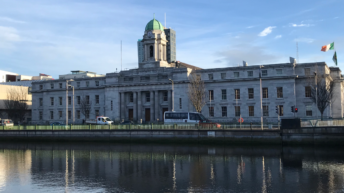 IFA going ahead with cabinet protest after venue change