The Irish Creamery Milk Suppliers’ Association (ICMSA) has hit out at comments made by a representative of An Taisce in relation to a joint development involving Glanbia.

Denis Drennan, the ICMSA farm and rural affairs chairperson, labelled as unfair the comments from the An Taisce representative, who spoke last week on Newstalk.

According to Drennan, the An Taisce spokesperson claimed that the Dutch cheese maker in the joint development with Glanbia was locating the development in Ireland in order to get around water quality laws in the Netherlands.

I am sure that An Taisce did not mean to suggest that this was the reason behind the joint venture.

Drennan argued that the impetus behind the investment is “the need to respond to Brexit” and switch emphasis from cheddar manufacturing for the British market to other varieties of chees more popular on the continent.

“Any characterisation of the joint venture as an attempt by [the Dutch company] to take advantage of a perceived more casual approach to environmental regulation is very unfair to our own regulatory apparatus and the people and agencies in charge of administering our own standards,” the ICMSA farm and rural affairs chairperson said.

He insisted: “The joint venture is not an attempt to circumvent environmental legislation in the Netherlands or anywhere else. What is actually being developed is an attempt by Glanbia to switch production away from cheddar varieties and into varieties more amenable to the continental markets.

That switch from cheddar is necessary because the threat to our cheese exports to the UK through Brexit now forces us to seek out other markets in which cheddar is not popular.

Drennan went on to say that the comments from An Taisce “show misunderstanding as to the point of the enterprise, as well as insulting the Irish planning and regulatory regime which will examine minutely the plans under every heading”.

“ICMSA and its members are always ready to engage with An Taisce in the interests of a better environment, but we do think that it’s better if those engagements proceed on the basis of fairness. These issues are difficult enough without being, however inadvertently, misleading,” he concluded. 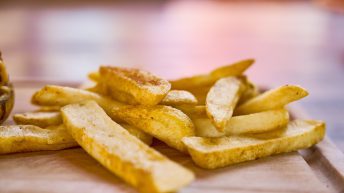