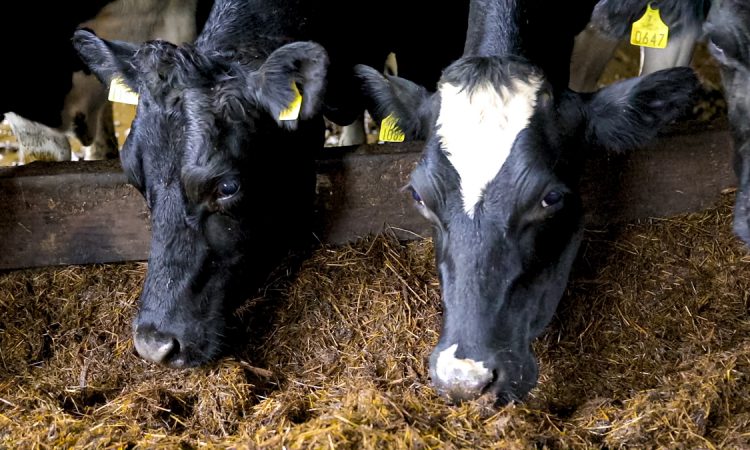 With many farms drying off cows at present, consideration should be given to the body condition of the herd.

With the calving season only 10 weeks away for most spring-calving herds – who plan to calve down on February 1 – the importance of having cows in good condition is critical.

Drying off cows early, particularly those that are thin or first-time calvers, should be a priority.

Ideally, cows should be calving down with a body condition score (BCS) of 3.25. To achieve this, cows with a BCS of 2.75 or less should really and truly be dried off by now.

You are running into trouble by continuing to milk cows that are thin into December. By the time you dry them off next month, you are leaving yourself too short a timeframe to get them cows back in good condition.

It is well documented the problems that can occur if cows are not given an adequate dry period. Problems such as increased calving difficulty and a subsequent decrease in milk yield in the following lactation are very likely.

On the other hand, we don’t want to go overboard and have cows calving down fat. Cows that are over-conditioned are at risk of getting ketosis and/or milk fever – which all have a knock-on effect on a cow’s fertility performance.

Ideally, at dry off, farmers should be aiming for their cows to have a BCS of 3.0. This means less work will be required to get those cows up to scratch for calving next spring.

If it’s a case where you have a mixed bag of cows that are too thin, in ideal condition and too fat, then it might be best to divide them up and feed them accordingly.

Over-conditioned cows are defined as having a BCS of greater than 3.25. Management of these cows is just as crucial as thin cows.

Thin cows that are well off the mark and need to gain at least one unit of BCS will require a dry period of 12-14 weeks on 68% dry matter digestibility (DMD) silage plus 2-3kg of meal; so if you have cows that fall into that bracket, you are really on the backfoot, unless they are calving later in the season.

To give farmers an idea of what to feed their cows over the dry period, the table (below) will help to give you a rough indication of how particular groups of cows should be fed. 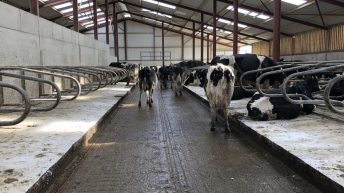 The importance of good hygiene during the housing period