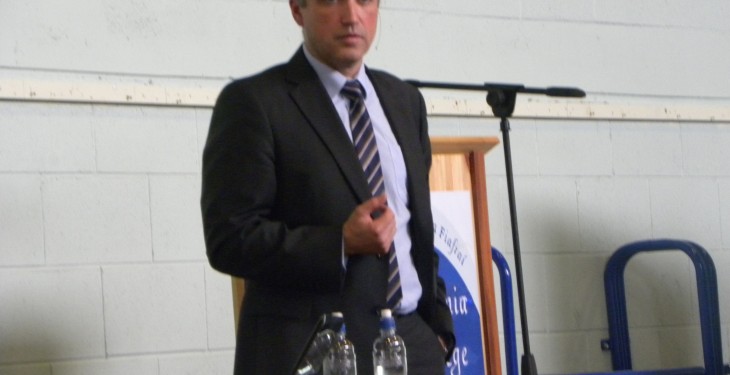 The Irish Cattle Breeding Federation (ICBF) revealed its latest innovative and leading technology research into sexed semen trials at the Virginia Show today and it’s geneticist said the research results are hugely significant to the sector.

Speaking to AgriLand, ICBF director of innovation and geneticist Andrew Cromie explained the research. “Sex semen field trials were carried out this spring. This is a major significant field trial, the largest of its type anywhere in the world ever,” he said.

The research was undertaken by Sexing Technologies and stakeholders in the sector including the Munster Cattle Breeding Group, the Agricultural Trust and four big processors, Kepack, Dawn Meats, ABP and Slaney Meats. The ICBF geneticist presented the results for the first time at the Virginia Show Dairy Conference this afternoon.

Cromie explained: “We came together with this field trial with the common objective of researching Irish technology into sexed semen for dairy and beef farmers.”  He described the results as “very significant”. “Obviously the desired outcome is to generate heifer calves and bull calves as required.”

He continued: “Historically the technology has its limitations in terms of reducing pregnancy rates.  As a consequence of that the technology never really took off in Ireland…Work from other countries indicate the pregnancy rate would typically drop from 50 per cent pregnant at first service to 35 per cent using sexed semen.”

In terms of the ICBF trial itself there were 400 dairy farms involved in the trial, 14,000 units of semen was collected and the data in terms of insemination and pregnancy was collected.

“Today at the Virginia Show dairy conference we are publishing our results. The initial results are very positive in that they are indicating, certainly in terms of income getting desired incomes in terms of heifers and bulls, we are hitting the 90 per cent heifers calves as appose to the target.

Cromie explained the pregnancy rates the research indicated, in particular frozen sexed semen.”In terms of the pregnancies rates, we went into the project hoping to we would see 50 per cent pregnant at first service would that be maintained. We knew internationally that figures about 35 per cent for first service. Where in fact in the trial what we are seeing is fresh sexed semen on frozen sexed semen, there is about a five per cent reduction, from 50 per cent down to 45 per cent.”

“That is clearly very significant, it potentially opens up technology for dairy and beef farmers who don’t necessarily have to use fresh sexed semen, that can go down the road of the frozen sexed semen product.”

Cromie said it was a a very exciting project with huge potential. “In terms of what’s next we initially results we are collecting them and presenting them at various conferences and meetings over the next weeks and months with a goal of ultimately making the technology available for famers dairy and beef to grow to next spring 2014.”

The ICBF is now calling for “very significant investment” from the industry to continue is current-edge innovative research. “It is very exciting technology. Upfront it is very expensive technology but we believe as a consequence of the results of this project we will be able to make a strong case for the industry to invest.”

The ICBF presentation and trial results are available here.