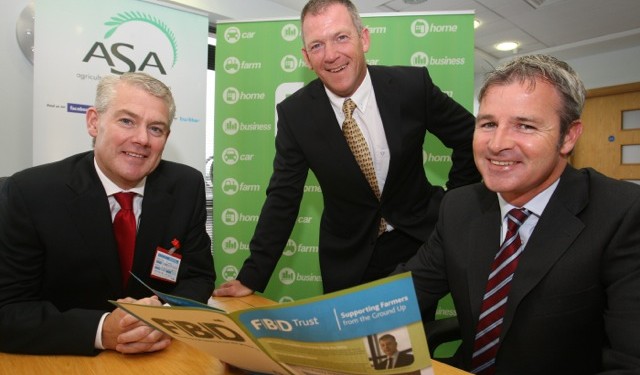 Advertisement
UPDATE: The CEO of ABP Food Group, Europe’s largest beef exporter, is set to headline the annual Agricultural Science Association (ASA) conference this September, along with Agricultural Minister Simon Coveney and speakers from the US, Brussels, Switzerland, Holland, UK and Ireland.
.
The conference on ‘National Steps to Global Impact’, which takes place in the Tower Hotel, Waterford on Friday 13 September, will be addressed by Paul Finnerty, chief executive of the ABP Food Group, Europe’s largest beef exporter with sales in excess of €2bn and 8,000 employees in Ireland, UK and Europe.
.
He will be joined by Patrick Boyle, president and chief executive of the giant Washington-based American Meat Institute, which represents 1,100 US meat companies with a combined turnover of US$95bn (€70bn).
.
The keynote address will be given by Agriculture Minister Simon Coveney who will also join in a discussion on ‘Fitting the New Irish CAP’, involving Pekka Pesonen from COPA-COGECA, Teagasc director Prof Gerry Boyle and Prof Alan Renwick from the University College Dublin School of Agriculture and Food Science.
.
Other high-powered participants include Prof John O’Brien from Swiss-based Nestle, the world’s biggest food and drinks maker with sales of €73bn and net profit of €8.5bn in 2012. Nestle employs 330,000 worldwide. Jim Galvin is travelling home from Chicago where he is chief executive of Lakeview Energy which produces 450m litres of bio-fuels annually.
.
Matthew Johnson, European dairy analyst with Rabobank in Utrecht will discuss prospects for milk production. And there will be a session on ‘Dairy Stories from Abroad’ involving four young Irish dairy farmers who are farming in Missouri, England, Scotland and Kilkenny.
.
FBD is again the conference partner, for the 13th consecutive year. To book a place, go to its website here.
Announcing details of ASA Conference 2013, which takes place in the Tower Hotel, Waterford on Friday 13 September, were, from left: Paul Finnerty, chief executive ABP Food Group, one of the conference speakers,  ASA President Peter Bolger and Andrew Langford, chief executive FBD, conference partner.
ABP Agri-Business Beef Breaking News Larry Goodman
Loading Next Story