Heaven for Neven Maguire at Virginia 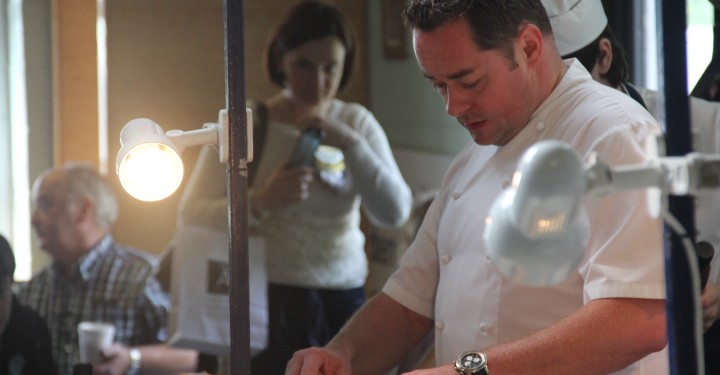 In his typical style Maguire brought with him some Irish grown strawberries, from Pat Clarke’s farm, for everyone in attendance.

Supporting Irish farmers has always been important to the chef. Speaking to AgriLand he said: “There has never been a better time to buy Irish produce. The standard is very high, it is safe and great tasting” He said we shouldn’t import as much food as we do. “Food shouldn’t be very cheap, if you want to eat well it is important to know where your food is coming from.”

Throughout the demo Nevin tells the crowd where he sources his food, what is in season and what is healthiest for our hearts. “Irish people are becoming much more conscious of what they are eating. The many ‘taste’ festivals around the country are evidence of that growing interest.”

When asked about what he thought of the Virginia Show, the chef had a lot to say about the people in attendance: “I have a huge respect for the farming community, they struggled for years and were forgotten about during the celtic tiger. These are the unsung heroes, keeping our country alive,” he concluded.