Taking stock of the young at Virginia Show 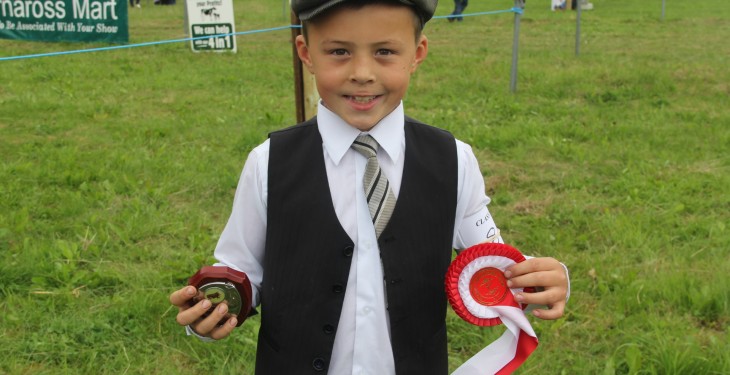 The novice and young stockperson were the first classes to kick off the 72nd Virginia Show in Cavan today.

Cian Brady from Castleblaney was the winner of the novice stockperson. At eight years of age this was his first time showing. “I practised a lot,” he told us, “for just under a year I have been practising. You have to make sure you wash and comb the calf well and make him really white”.

Fourteen-year-old Emma Gillick took part in the young stockperson. She has been showing for over two years. She explained: “You must teach the animal to listen to your voice and get them used to loud noises so that you can control them on competition days.” Emma, like most of the competitors was trained by her father. She said: “It’s a nice way to spend time with my Dad.”

Jimmy McGee who judged the two classes was impressed with the level of this year’s entrants. He told us what he looks for in a winning entrant. “They must have the ability to handle the animal, it’s also important how they present themselves. Then you judge the animal itself, the loin, the feet and so on and has the young person shown these qualities to their best.” The winner of the young stock person was Eoin O’Neill.

Event organiser Nigel Byres said it’s important to have the young stockperson at the show. “We have had it the last five or six years, without these young people showing an interest in agriculture it would die out.” McGee agreed: ‘They are a credit to the agri sector,” he said of the young entrants, “without them we don’t have a sector”.

“It’s important for them as well, it teaches them how to be kind to animals, if you can show kindness to an animal you can show people kindness in later life.”