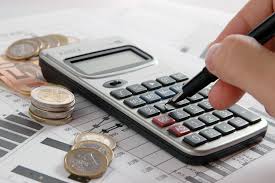 Glanbia will release interim results tomorrow, according to Davy Select, a leading provider of investment, wealth management and financial advisory services in Ireland.

The interim report will mark the first set of results to be reported under the new segmental structure, it noted. On 21 May, Glanbia announced that it was re-organising US Cheese and Global Nutritionals into two business segments called Global Performance Nutrition and Global Ingredients.

According to Davy Select, there will be little surprises in Glanbia’s results as trading has overall been described as solid.
“We expect little by way of surprise in the interim report given that Glanbia updated the market on trading for the first four months of the financial year on May 16th. At that juncture, overall group trading was described as ‘solid’ with management reiterating guidance of 8-10 per cent growth.”

It continued: “Revenue for US Cheese & Global Nutritionals for the period grew 14 per cent compared to the first four months of 2012. Volumes grew over 8 per cent and price increases contributed close to 4 per cent. The acquisition of Aseptic Solutions, which was completed in July 2012, added 2 per cent to revenue growth. Consumer Products has a difficult start to 2013, while trading at Agribusiness division was ‘solid’.”