‘I was blinded in a farm accident; but I make the best of what I have’ 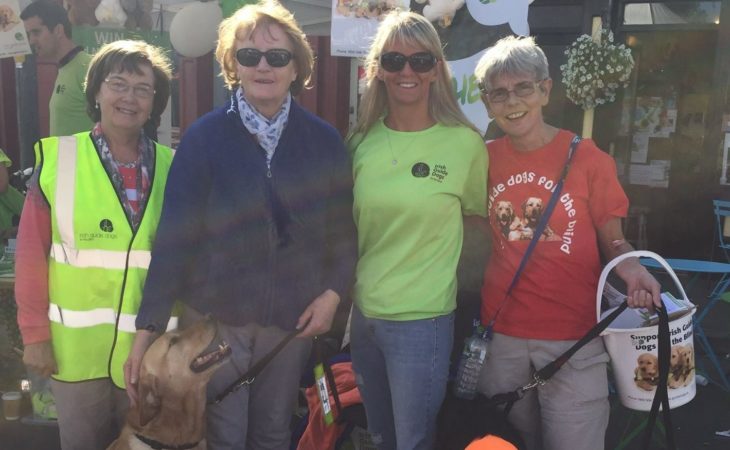 Being blinded in a farm accident in June 2011 was life-changing for 69-year-old Monica Wims from Tubbercurry, Co. Sligo, but she realised that life could go on – just differently.

At the time of the accident, life was extremely busy for Monica who ran the family suckler and beef cattle farm alongside her husband, Nathy, as well as holding down a full-time job as a care assistant. Always mindful of farm safety, she said the accident happened out of the blue.

We were herding cattle as we always did. I was walking behind the cattle when a dog ran out and frightened the cattle. They turned back and I stood in a gateway to let them pass and unfortunately one kicked back and hit me in the face. It happened so suddenly.

“I didn’t for one second realise how serious it was. I remained fully conscious. My husband called the ambulance, which took me to Sligo General Hospital, and I was immediately taken to intensive care where I was placed in an induced coma.

“My face was not in a good state by all accounts but I hadn’t a clue. I then lost consciousness.

“I was operated on as I had many broken facial bones and then transferred by an ICU ambulance to the maxillofacial unit at St. James’s Hospital in Dublin. I still didn’t realise how serious it was when I eventually woke up,” she said.

“Looking back now, this cushioned me from the awful reality that I had lost my sight,” she said.

Further treatment in the Eye and Ear Hospital, Dublin and Moorfields Eye Hospital in London followed but failed to restore her sight.

‘My life came to a sudden stop’

Being handed a cane in a ward one day gave her a jolt. “I thought: ‘What on earth are they handing me this for?'”

When reality finally dawned, Monica found it very hard to take in.

“It was unreal, very hard to understand; my life was turned upside down overnight,” she said. “Here I was, doing my daily farming – jobs I had done all my life – when this unfortunate accident happened. My life came to a sudden stop.”

However, there were a number of positives in the difficult situation. Visitors continued to call to the house as normal, which prevented a sense of isolation in a woman who was used to being out and about.

The National Council for the Blind in Ireland (NCBI) team from Sligo also stepped in.

“It was then I began to get some hope that, while life would never be the same, it could go on – differently,” she said.

“The NCBI team has been my lifeline; namely Seamus Brett and Thelma Hunter. They talked to me, taught me mobility training, taught me how to get around safely, cook safely and a whole host of other vital skills for my new world.

“They have been a tremendous help and I honestly don’t know where I would be without them; it took time – lots of time – but they were so patient.

“When Seamus Brett, who does mobility training for the NCBI, first said to me that I would be able to go out into the shed for instance and find things, I thought he was mad.

However, he was right and I can do these things now – which is vital for my bit of independence.

It is a sense of independence that Monica misses most acutely. “Of course I do, I was used to doing things when I wanted to, so to say I miss that is an understatement,” she added. 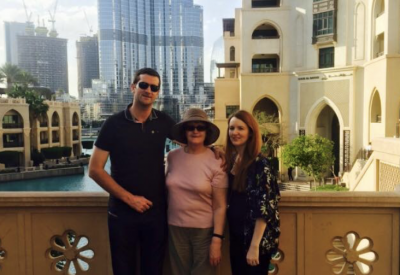 However she displays inspirational stoicism. “I have adapted, I have had to,” she said. She isn’t angry or bitter.

“There is no point in being angry. I feel what has happened, has happened, and I just have to get on with it; I make the best of what I have,” she added.

She still cooks the Christmas dinner for the whole family every year but she would like to be more hands-on with her grandchildren.

While she misses that interaction, she said family, friends and neighbours have been great. She also benefits from the support of her guide dog, Guinness.

I travel and I have been to London several times since my accident, as well as Australia and Dubai to visit my children and grandchildren. There is life after sight loss – the NCBI ensures that.

There are 54,810 people with sight loss in Ireland, according to an NCBI spokesperson – who said the organisation is there for them at every stage.

“We offer practical and emotional support including mobility training, employment and technological training and counselling,” she said.

A full list of fundraisers, including a Camino De Santiago De Compostela walk, which will take place from September 8 to 15, can be found on: www.ncbi.ie. 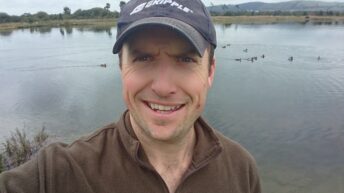