Coillte controversy: ‘I thought I was doing the right thing, trusting a semi-state company’ 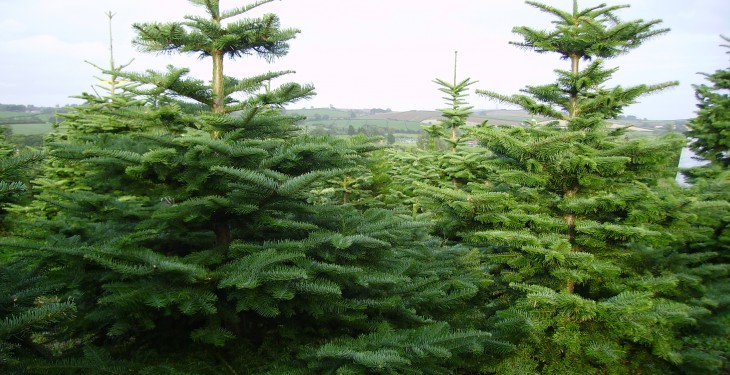 A Co. Roscommon landowner has said he is “shocked and hugely disappointed” as a result of his experience in entering into a farm forestry partnership with Coillte over 20 years ago.

Gerry Queenan is one of a number of farmers around the country who have voiced serious concern about the way the farm forestry partnerships have been operating. Their contract worries were highlighted by AgriLand last December.

A former dry stock farmer, who has handed over most of the farming activities to his son, his concerns centre on his two side-by-side plantations in south Sligo. The 32ha of land were passed on to him by his father.

“At the time, it suited me to have it planted, and Coillte’s partnership scheme looked attractive. The annual premium seemed good. Coillte took out a lease on the land to manage it for 40 years,” said Gerry.

“After year 16, Coillte was to thin the forest but that never happened. When I enquired into it, I was told that the planning permission for a roadway into the forest would not be granted without a bond of €14,000, which Coillte would not pay. That means the forest can’t be thinned out.”

“I got the premium for 20 years but I am not getting the annual payment which was due to be paid four years ago, because thinning hasn’t taken place.”

A second problem emerged with the adjoining plantation. “I got an independent consultant in to examine the forest because of the lack of communication from Coillte over many years. I have been looking for answers to different questions for many years,” he contended.

I was shocked and hugely disappointed when the independent consultant got back to me. He showed me a map where you could see all the weak and failed spots. I knew that wasn’t good.

“There were lots of failures and a lack of fertilisation. It hasn’t been maintained properly and I am in the dark about the whole thing. I can’t get answers,” he said.

If a question of clawback on his premium due to lack of productive areas arises, he is unclear as to who is responsible – Coillte or himself. The lack of maintenance, he said, has affected the overall return from the crop. He said he feels distressed and let down about the lack of communication on the matter.

“In the early years, one of Coillte’s personnel called out but in the last number of years, there have been no calls. In December, there was contact when I was asked to sign a form which I deferred.

“You try to plan down through the years and you have to pay bills. You depend on the money. It’s hard to believe that this could have happened with a company like Coillte, a semi-state body. There were other lucrative routes I could have gone down but I took what I thought was the safe option and everything looked good.

“I have a friend who is an expert in forestry and he had suggested I manage it myself but, not being an expert, I thought it best to go with Coillte. I am in shock that the second forest was not maintained and worried about what will happen about replanting when the clearfell date comes around.”

If his plantation was properly managed, he would have a conservative figure at clearfell of €25,000 a hectare, giving a total figure of €1 million, he contended.

He said he is left in limbo because of the way his forest has been managed and the handling of his case.

Bill Stanley, strategy and business development director at Coillte, said that last December Coillte wrote to all of its 630 farm partners to inform them it had set up a dedicated helpline they could call to discuss any concerns they had.

“All calls have been logged and Coillte committed to respond within two weeks, which it has done. Since mid-December to-date, Coillte has received 55 calls to the help line. Of these, around 25 issues were resolved and around 20 are on track to be resolved.

Around eight more complex cases have been identified which are being dealt with on a case-by-case basis through engagement with the partner. Coillte is continuing to liaise with its partners and encourages any partner who has an issue to contact its dedicated helpline outlined in its letter.

The Coillte spokesperson said it is actively working to improve the transparency and level of information provided to farm partners and from this year partners who are due to receive annuities in the coming years will receive an annual statement that includes payment information.

Coillte has retained KPMG to carry out an independent review of how payments are calculated, to demonstrate transparency and to provide partners with increased confidence, he said.

In relation to Gerry Queenan’s partnership, he contended that there had been engagement with him. “Coillte completed a detailed 10-year management plan in 2012 which was made available to Mr. Queenan. This plan indicated that a portion of the crop would be thinned in 2016 and a further portion would be thinned in 2021.

“The forecast thinning in 2016 did not happen due to issues in relation to consents for road construction which are outside both partners’ control. This issue is progressing and we are hopeful that we will have a resolution shortly and the thinning will take place this year.

Annuities for farm partners are calculated based on a total forecast profit from thinnings during the full rotation of the crop.

“The annuities are paid every year from the expiry of grant premiums until clearfell. This is reviewed and updated after actual thinning events. The timing of thinnings does not impact materially on the value of the annuity,” said the Coillte spokesperson. 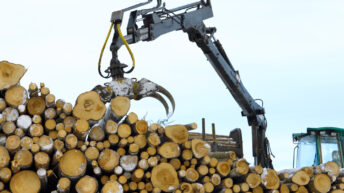 Coillte payment fiasco to be examined by Ag Committee