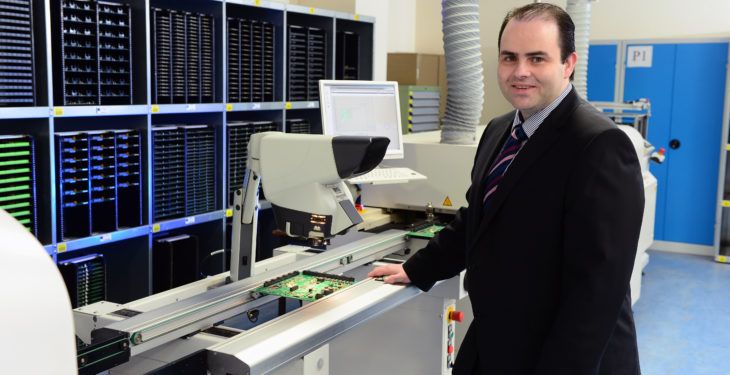 As Irish farms become bigger, efficiency is going to be key, according to Dr. Edmond Harty, CEO of Dairymaster.

The award-winning company, which specialises in dairy equipment manufacturing, is based in Causeway, Co. Kerry, where all design, manufacture and software development is done.

“To maximise efficiency, technology is the answer. It’s about managing every cow and looking at your cows as the staff of the farm,” said Harty, who recently received this year’s UCD alumni award for engineering and architecture. The 41-year-old was earlier appointed an adjunct full professor.

You want them to be as productive as possible, and not take sick days. The future is about individually monitored animals. Just as people are wearing health and fitness monitors; so too are animals.

Harty is married to Sile, with two children, Eamonn (10), and Niamh, aged eight.

The seeds of the current business – which has operations in the US and UK, plus customers in 40 other countries – were sown by his father, Ned, the company chairman, and a man well known in farming circles.

Having grown up on a dairy farm, and with a passion for engineering, Harty went on to establish the milking equipment business on the site of the present expanded operation.

He graduated from the University of Limerick (UL) in 1997, with a degree in mechanical engineering. This was followed by a PhD on a new method to measure milking performance, in University College Dublin (UCD).

“This is now in the international standards globally as the method to measure milking efficiency. This is like measuring the engine performance in a car – all will do the work, but some better than others,” he said.

After his studies, he returned to Dairymaster, formally taking over as CEO in 2012. After his experience in the family business over the years, he was keen to drive the whole research agenda. Today, he manages the company.

“We think in terms of a cake and how you make it really nice for customers. It’s about the ingredients; which is the technology you have; next is how you put those ingredients together. That’s what we have built up over a long time,” said Harty.

While the company has 90 patents, one of its most high profile products is the MooMonitor – a wireless sensor that allows detection of individual cow heats and health issues.

The first generation product was developed in 2003; now there is a MooMonitor Plus.

Advertisement
Harty came up with the idea while reading about technology and rockets on a flight, and the whole area of GPS signals and minimally invasive monitoring sensor (MIMS) platforms.

“I was trying to join the dots on the behaviour of cows. Cows are more active when they are in heat, which was first shown in white rats in 1923. I wanted to marry the science with the technology.

“The payback on the MooMonitor is quick – it pays for itself in two years in most cases. On a typical dairy farm, savings of up to €30,000 can be achieved,” he said.

With more milk being produced on Irish farms, price volatility is a challenge – but also an opportunity, Harty explains.

“The question is how to set up the farm so it can grow. We see a big part of that being driving efficiency and optimising margins.

“Labour is a big limiting factor. As farm sizes get bigger we are seeing a lot of rotary milking installations and larger parlour sizes; farmers are trying to reduce daily workloads and expand gradually,” he said.

The dairy industry is something that Ireland can be really good at on an international stage. Also, it’s the most economically sustainable. It’s an industry that affects nearly every townland in the country, so we should develop it.

Technology is also making its mark in areas such as milk cooling, water heating and targeting energy reduction.

“The next wave of innovation will be in using the information we have captured, with the explosion of mobile around individualisation; and managing individual animals. We are very active in the area of big data and data analytics,” said Harty.

The company recently carried out the largest rotary installation in Qatar, a country in the Middle East, milking 100 cows in eight minutes.

Dairymaster is currently in recruitment mode; hiring across all roles to supplement the 300-plus workforce.

While being based in a rural area adds to time invested in international travel, for Harty it also brings big advantages.

“The key advantage is our staff have a great understanding of our customers. There is little traffic and you have a very easy commute. It’s great for families too,” he concluded. 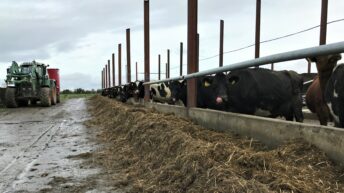