‘There could be 15 cows to one call; women are getting the job done’ – AI technician, Nichola (22)

Nichola Murtagh describes herself as “just your average 22-year-old”. Yet, she goes on to tell how she combines a job in AI with running her own suckler enterprise.

Having grown up on the family farm in Co. Westmeath; Murtagh always had an interest in animals and working outdoors.

She now looks after her suckler cow herd separate to the family farm, while also working for Progressive Genetics in Mullingar.

“I always hated study and being inside; I knew the office wasn’t for me. When I completed my Leaving Cert, I wasn’t 100% sure which road to take; so I did the Green Cert in Mountbellew Agricultural College,” she said. 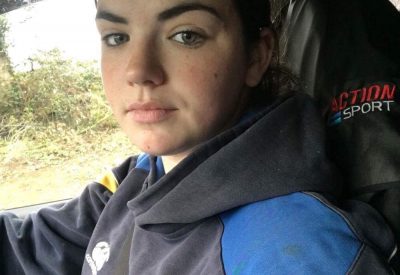 “From there, I had to complete a placement on a dairy farm – which I had a keen interest in. I was asked if I would be interested in doing the AI course, and going on to work AI for Progressive Genetics. My attitude was: ‘why not?’, I just went for it,” she said.

I completely walked into AI blindfolded; I never considered it before. However, I’m happy I ended up doing this job, it’s more interesting than it sounds. Every day is different. You learn lots while meeting new people.

“The typical day during the peak time of the year starts at the crack of dawn; with the calls flying in. You have a routine so you know where to head straight away.

“You get through your calls, hopping from one to the other, with no time for hanging around. Sometimes you are so busy that you are lucky to get time to stop for diesel. There could be anything from one to 15 cows to be covered in one call,” she said.

“From there I may have to take a trip back to the home farm; you never know when you might get a job there; but, hey, that’s life; it keeps me going. The busy season can be crazy but it’s over before you know it,” she said.

The majority of farmers are not surprised when she turns up.

“I simply think this is down to the fact that there was a female AI technician in my area before me. There can be a picture in people’s heads that it’s a man’s job but as far as I’m concerned, that’s all in the head. There are some females in my area of work and women are definitely getting the job done,” she said.

Larry Feeney, marketing manager with Progressive Genetics, described Nichola as “very enthusiastic and capable”. He said she is one of a number of women who work for the company.

The job of AI technician is not something a lot of women apply for; but any woman we’ve had working for us has been exceptionally good.

Anyone thinking of working in the area would need to enjoy farm work and handling cattle, Feeney explained.

“It’s busy and hard going by times; but you are getting around and meeting people. It’s interesting work and for those who are sociable, it’s ideal,” he said.

“There is career progression. You don’t have to have experience; just an aptitude as training is provided,” said Feeney.

For anyone interested in the work, the company currently has openings in the Kilkenny/Tipperary area, with other opportunities available on an ongoing basis.