How will UK consumers of Irish agri-food be impacted by ‘no-deal’?

When it comes to Brexit and the possibility of a ‘no-deal’ situation come the end of this year, most of the talk on this side of the Irish sea – quite rightly – is on how Irish agri-food exports to the UK will be impacted.

However, it might be worth considering as well how agri-food consumers in the UK will be effected by the loss of high-quality Irish produce.

Speaking to AgriLand this week, Eoin Lowry, Head of Agri at Bank of Ireland, said that the UK “will have to decide for themselves” if it wants food of the same safety and quality as what it gets from Ireland.

The UK is not self-sufficient in its food. It depends on other countries to feed it.

“At the moment, we supply a significant portion of food into the UK market, particularly dairy and beef,” Lowry explained.

“Take beef for example. The UK is only 65% self-sufficient in beef. If we don’t supply that, it will have to take it from other countries,” he added.

Lowry outlined that, according to the UK’s tariff schedule, published earlier this year, a tariff of £2.53/kg (about €2.80/kg), plus a further tariff of 12% on the product value, will apply on beef in a no-deal situation.

That would greatly effect the ability of Irish beef – which is dependent on the UK market – to be exported into that market.

If there is a drop-off of Irish beef exports into the UK, than it will have to fill that gap from somewhere else.

“One of the biggest challenges in the future for the UK consumers will be the price of that food on the supermarket shelves,” Lowry highlighted.

“Will it be cheaper? And if it is cheaper, at what standard of quality will it be at, because at the moment they’re getting a very high-standard product.

If this product comes in from third countries, are the food safety and quality standards of equivalent levels? That’s the biggest question that the UK has to decide for themselves.

Similar questions would need to be asked when it comes to cheddar cheese.

“Ireland accounts for about 82% of cheddar imported into the UK, so looking at this from a UK point of view, we could see food inflation in the UK because the products can’t be got from other countries,” Lowry explained.

“That would be a major concern of this agreement in the UK, and some bodies have come out with statements to the effect that it could see food prices rise by 20% there,” he noted. 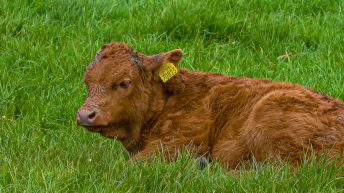