How to make the most effective use of spring N 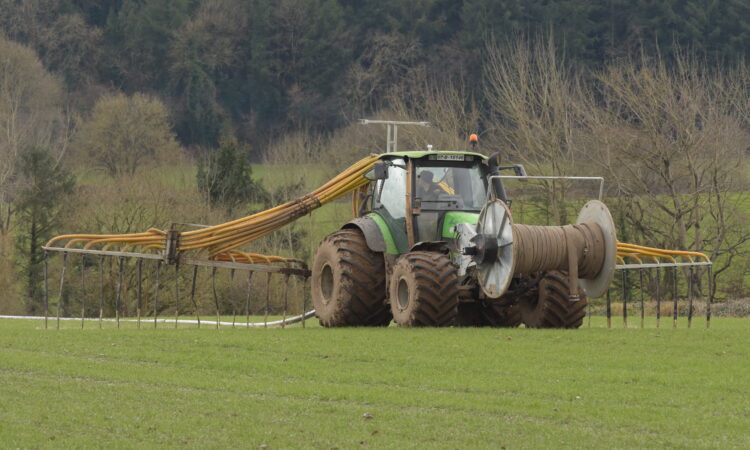 Weather and ground conditions have halted or delayed the spreading of slurry in the two open zones. But once conditions allow it is important to continue or begin spreading.

Teagasc says that drier fields in early spring have the potential to support the application of 23 units of nitrogen (N) from organic or chemical applications.

Most farms will have about one-third of the grazing area with covers of 600kg/ha or less. This area should be targeted for slurry spreading from mid-January.

An agile spring fertiliser plan for the milking platform will be built around the following components:

Apart from the benefits to water quality and reduced greenhouse gas (GHG) emissions, spreading slurry using the LESS system in spring allows more land to be spread and re-grazed by cows sooner than conventional spreading.

Moreover, slurry N is retained and available for grass growth (LESS gives an average nitrogen retention of 65% compared to 46% for splash-plate use).

According to Teagasc, the target slurry application is 2,500 gallons/ac, to supply the 23 units/ac of N, to no more than one-third of the grazing area.

On many farms there will be another opportunity to apply a similar amount of slurry (2,500 gal/ac, using LESS), to a second third of the milking platform after grazing, by early March.

The grazing area which does not receive slurry in early spring should receive 23 units of bagged N by early February, when soil temperature has reached 5° or higher.

The second split of fertiliser should be applied in late February or March. Growth potential will then support the use of 46 units/ac of N.

Any area receiving slurry at this stage should only receive half the rate of bagged N (23 units/ac). All bagged N can be blanket spread, for both applications in spring.

In addition to spring N, recent Teagasc research shows a response to very small amounts of sulphur on some soils, and to phosphorus (P) on soils low in P.

Where applied there was an increased level of nitrogen recovery. Protected urea has been shown to be as effective at growing grass in spring as other forms of N.

However, because of protected urea’s huge benefit towards reducing ammonia losses and GHG emissions, all dairy farmers should aim to use it in spring. 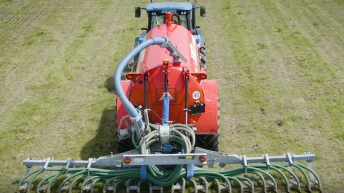