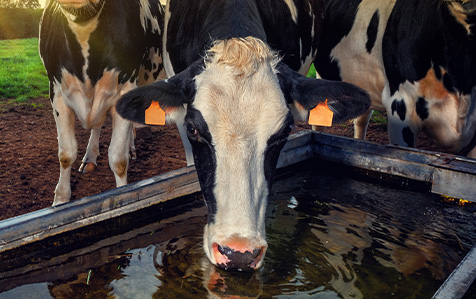 A bill currently going through the Oireachtas could allow 100 times more water to be abstracted without a licence in the Republic of Ireland compared to the North, a pre-legislative report has warned.

The Water Environment (Abstractions) Bill applies to those abstracting ground or surface water for domestic, agricultural and industrial use.

The bill sets thresholds for registration and licensing significantly higher than comparable jurisdictions such as Northern Ireland and Scotland, despite claims the bill would ‘mirror’ them.

It has been drafted as a result of a European Commission infringement action against Ireland for its failure to comply with the Water Framework Directive in putting in place a system for prior authorisation for abstracting water.

An Taisce was a member of the Sustainable Water Network (SWAN) delegation which raised concerns about the bill to the Joint Housing Committee.

Among the network’s concerns were that the proposed bill was the “bare minimum” the government could put forward in seeking compliance.

Under the proposed bill, a licence would only be required as standard once 2,000m³ or more was being abstracted. That equates to enough water for over 9000 people, 100 times greater than the threshold in Northern Ireland.

An Taisce highlighted that the bill, as drafted, would fall foul of a number of EU Directives, not least the WFD, compliance with which it was drafted to address.

We welcome the strong recommendations in this report, many of which directly address the concerns raised by An Taisce and others during pre-legislative scrutiny.

In its report, the committee recommends the thresholds for both registrations of abstractions and licencing be brought in line with those in Northern Ireland.

Advertisement
The report also recommends removing a provision which gives special treatment to existing abstractions, which in effect guarantees them a licence, regardless of their potential environmental impacts.

An Taisce highlighted to the committee that simply being in operation for a certain period of time does not exempt developments from the stringent requirements of the Habitats and EIA Directives.

“This legislation is necessary and timely, but it is vital that Ireland get this legislation right to minimise risks of over-abstraction, protect the water environment and future water supply, particularly with more frequently occurring droughts, such as those in 2020 and 2019, as a result of climate breakdown,” a spokesperson said.

“An Taisce welcomes the recommendations by the Housing Committee, which propose significant amendments bringing the bill into compliance with a number of EU Directives, and aligning it with the far more robust system in place in Northern Ireland and Britain.

“We call on the minister to amend the bill to reflect these valid recommendations.”

Dr. Elaine McGoff, natural environment officer with An Taisce, said: “This bill as drafted is far too weak, and as such it will not only fail to achieve what the Water Framework Directive legally requires, it will also undermine the requirements of several other key pieces of EU environmental legislation, with significant risks to wildlife.

Water scarcity is going to become an increasingly important issue, and if we don’t get this legislation right now, we’re going to pay for it later.

“It’s our collective national resource, and it’s in everyone’s interest that it is properly managed and regulated from the get-go. Everyone needs access to clean water.

“I stand by the statement I gave to the committee in saying that this bill, as drafted, is a legal disaster.

“The committee has drafted up a solid set of recommendations which, if implemented, would shore up a series of fundamental flaws in the draft bill. They’ve charted a clear way forward, one which I hope the minister will choose to follow.” 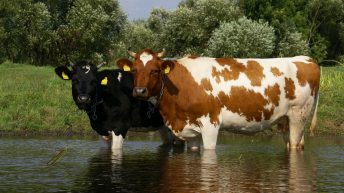 EPA: What impact do cattle access points to streams have on water quality?