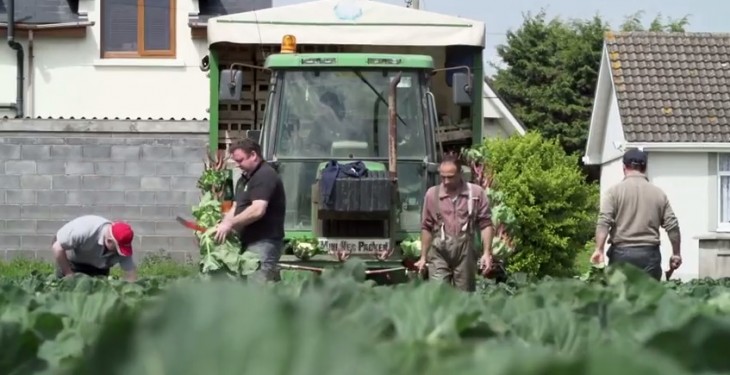 Tillage farmers the Flynn family consisting of five brothers are farming some 1,500 acres together in partnership in Rush in North Dublin through to Tara over a 20 mile radius. The family feature in Teagasc’s latest video on family farming.

Their father Paud Flynn comes from a long line of farmers and retired himself form farming in 1994 and joked that it took five sons to replace him. He said: “Its set up in such away it would nearly run itself.”

However he noted: “It goes back to the principals of farming. It never really changed that much. Just a few things done different now.”

“In my day if one man with a spade dug half a tonne of potatoes a day you would be doing well. Now we have a harvester that can harvest up to 200 tonne a day.”

Gerry Flynn said: “From 1950 to now, in those 70 years we have come from the horse age to space age. Machinery is bigger and there is much more comfort now.”

Paul Flynn said: “Our parents never pushed us into doing farming. But it was there is we wanted it to fall back on.That was they way it was left with us.”

on the future he said: “It all depends on what the next generation wants to do, they might have no interest in farming. Hopefully it will be still here after we’re gone.”

Teagasc, as part of its celebration of the FAO International Year of Family Farming, have created a series of videos on individual family farms.