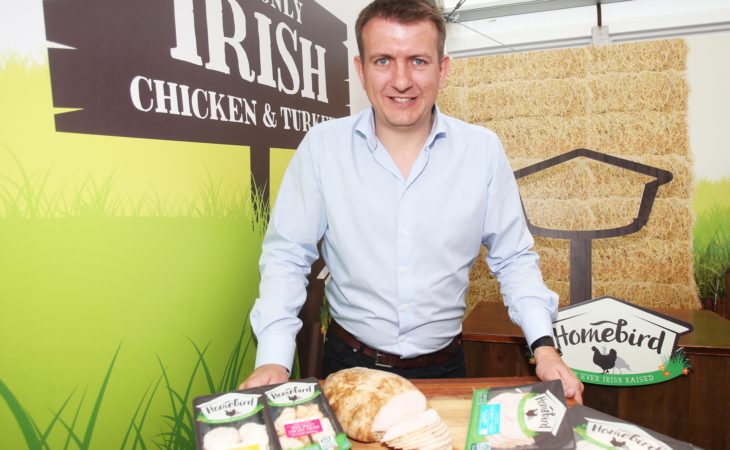 The O’Brien family from south Tipperary – who is behind the Homebird brand, which works with Irish farms to source Bord Bia approved chicken and turkey meat – recently launched its range in Dublin.

The family, which has strong farming roots, purchased the Brady Family business from Ossie and Mary Brady in 2000, when the Bradys decided to retire from the business. The Brady family became well known for cooking and selling Irish ham from their home kitchen in Timahoe, Co. Kildare.

Following the purchase by the O’Brien family, the business continued to run under the Brady Family name until 2012, when a decision was taken to rename it as O’Brien Fine Foods – to allow for differentiation between the Brady Family ham brand and the new business.

Managing director John O’Brien and his father Bill O’Brien, who is chairman, continue to grow the venture. Last year, O’Brien Fine Foods launched a range of pre-cooked and sliced chicken and turkey, under the Homebird brand.

The company is behind a ‘Food Miles‘ campaign to highlight food origin and the low food miles of its brand.

John O’Brien said that provenance matters to Irish consumers. “We are increasingly conscious of where our food comes from, its quality, its nutritional value and health benefits.

Locally-sourced meat that travels from an Irish farm to an Irish supermarket is demonstrably fresher, has a lower impact on the environment and trust and quality is guaranteed.

“There can be some confusion with regard the origin of products and labelling which consumers need to be aware of,” O’Brien warned.

“‘Produced in Ireland’ doesn’t always necessarily mean farmed and produced in Ireland and it is the responsibility of brands to be clear and consumers to be aware, particularly when food origin is increasingly important to us.

“Quality and freshness is key for Irish consumers,” he said. 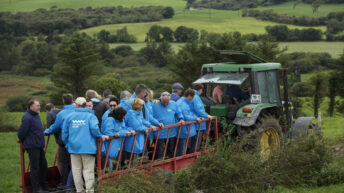