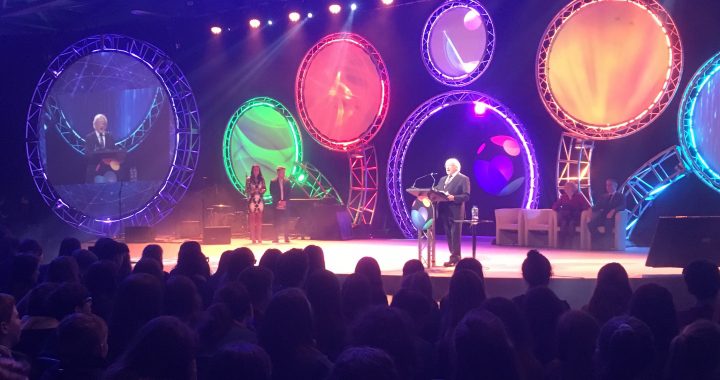 The importance for farmers and other outdoor workers of wearing sunscreen for most of the year was highlighted by three students from Colaiste Dun an Ri, Co. Cavan, at the BT Young Scientist and Technology Exhibition recently.

Maria McCaul, Holly Gaughan and Daisy Cox entered ‘Fight the Light’, a statistical analysis of rural men and their perception of Sun Protection Factor (SPF) in the fight against skin cancer, which was highly commended.

The death of Daisy’s grandfather from skin cancer prompted the trio to investigate awareness levels of SPF.

“His doctor said that years of exposure while working on the farm and on building sites without wearing sunscreen left him vulnerable to the sun’s harmful effects and led to the disease,” Daisy said.

His lack of knowledge about the dangers of exposure to the sun caused her and her fellow students to investigate the topic further. 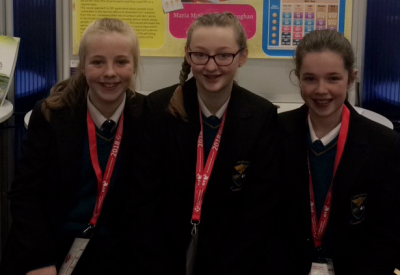 “We distributed the survey at the local mart in Kingscourt, at a trade fair and online by email and through the Teagasc Facebook page.

“25% of those who completed our survey were farmers. An impressive 90% of participants were aware that exposure to sunlight can cause skin cancer and other such diseases,” said the students, who worked under the tutelage of Linda Kelly.

Despite the overwhelming amount of people that were aware of the risk, only 45% of the participants actually applied sunscreen on a regular basis.

“As 57% of participants disclosed that they were exposed to sunlight for more than three hours daily, it was evident how important it was increase people’s use of sunscreen.

“From the survey, it was concluded that almost 70% of participants would be more likely to use SPF if they had a device that visibly made them aware of when they were at risk of harmful UV rays,” said the Cavan students.

As a result of the findings, the students are hoping to design and market small portable devices that indicate exposure to UV rays, to increase people’s use of SPF.

We feel this might be particularly applicable to the farming community as our findings showed they spent the largest amount of time outdoors and exposed to UV radiation.

The Irish Cancer Society’s ‘SunSmart’ advice for farmers and outdoor workers is that ultra violet (UV) rays can be harmful from April to September. UV rays can be present on cool and cloudy days as well as on sunny days.

The message is that it’s important to protect your skin as you cannot see or feel the UV rays that cause damage to the skin.

Meanwhile at the RDS Primary Science Fair, pupils from Timahoe National School, Co. Laois, tackled the topic of the invasive species of the rhododendron, as highlighted recently by independent Kerry TD, Michael Healy-Rae.

Deputy Healy-Rae called for the army to be brought in to deal with the rhododendron infestation covering a third of Killarney National Park. 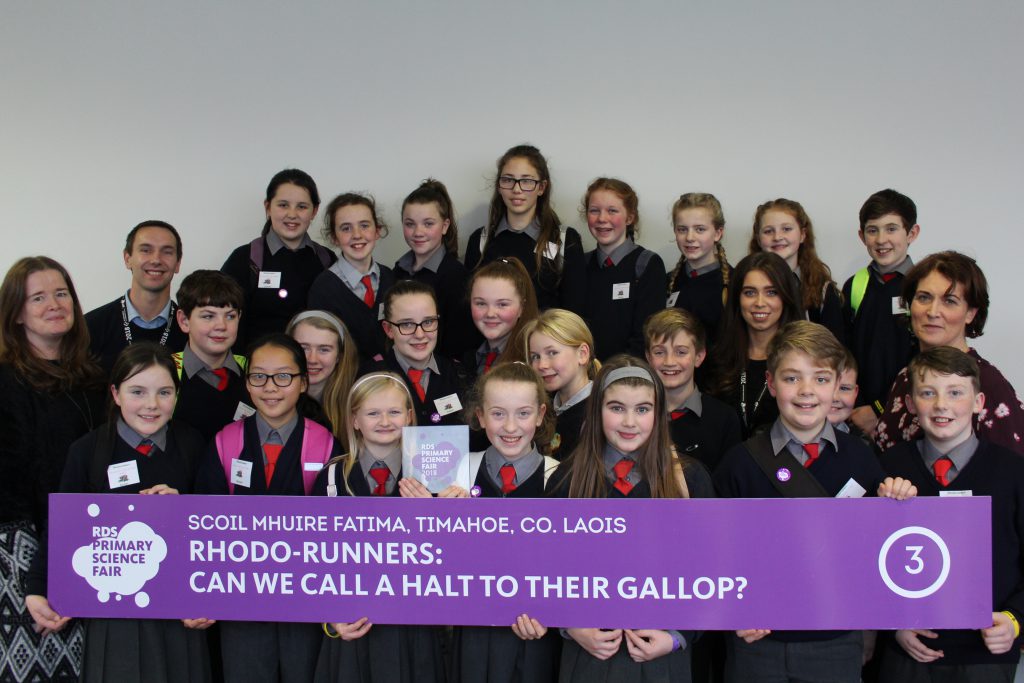 The Laois pupils set out to identify a non-herbicidal approach to stop the spread of rhododendron at Abbeyleix bog which, they learned, was being negatively impacted as a result.

After hearing from Una Halpin of the Heritage in Schools scheme that environmentalists had tried buttermilk to stop the spread of the rhododendron, the pupils decided to further investigate non-herbicidal approaches – under the guidance of Chris Uys of the technical advisory group on the Abbeyleix bog project.

The children transplanted the rhododendron to the school for testing and observation.

They tested the plants with: vinegar; a carbonated drink; buttermilk; and other solutions in an effort to try and stop the spread of the stubborn plant.

Five different solutions were tested over eight weeks, with the pupils concluding that a carbonated drink was successful in stopping the rhododendron in its tracks. The pupils now plan to look at its ingredients in more detail in a bid to try to pinpoint the key ingredient. 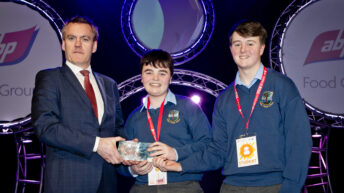