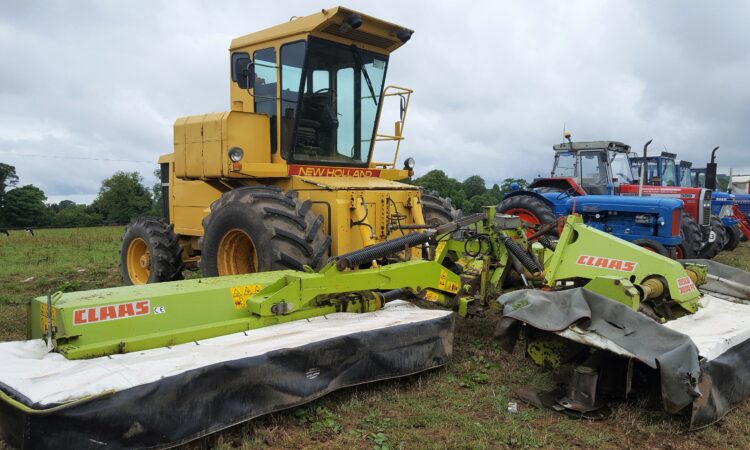 Also Read: The road to ‘Tipp’: 99 County tractors cluster together in one field

There was also an impressive cluster of Massey Ferguson 65 tractors; there were 33 of these.

But there was much else besides – not least this imposing self-propelled silage mower (pictured below). 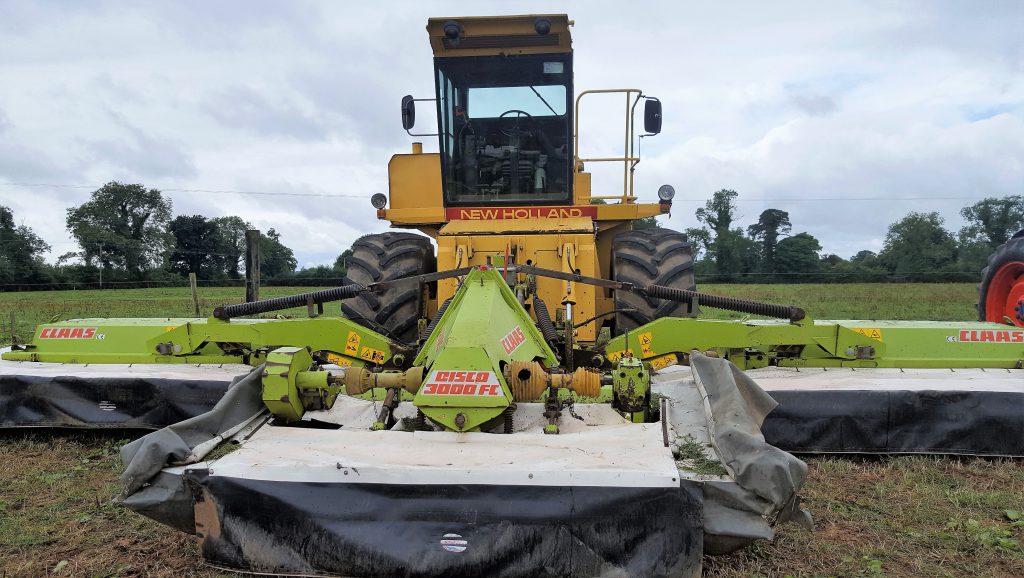 This contraption brings together a heavily-modified New Holland 1905 forage harvester and a triple-section Claas (combination) mower. The harvester was not new today or yesterday; it dates from 1989.

Also Read: Where did New Holland self-propelled harvesters come from?

The harvester’s cab has been shunted back (a short distance) along the frame. Its chute and grass-chopping innards have been removed. 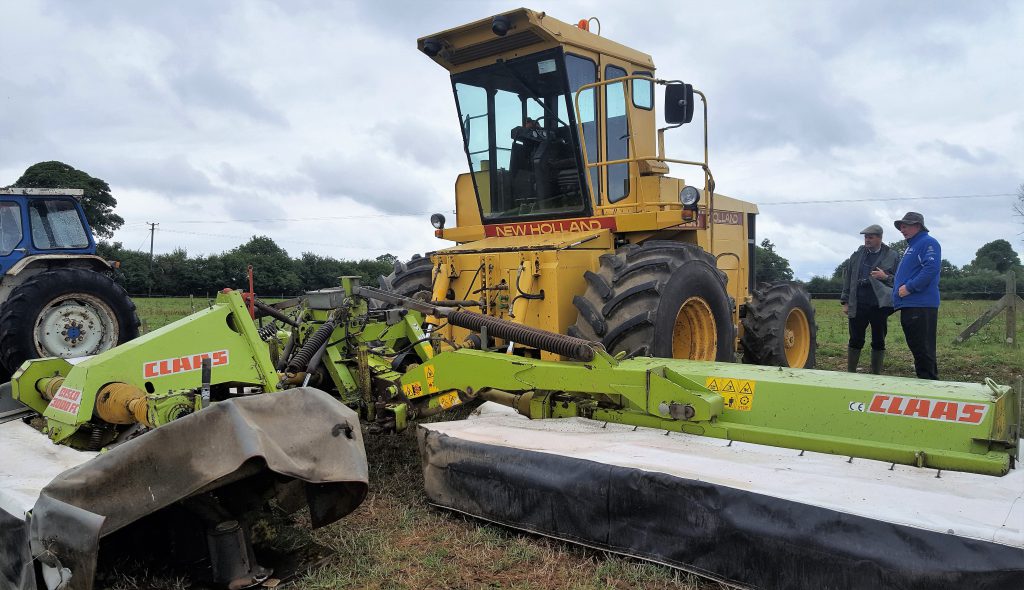 The outfit is owned and run by Dunphy Agri (Dunphys’ Agricultural Contractors). They undertook the conversion many years ago; it’s not the only self-propelled mower that Dunphys’ run.

They are based in south Co. Tipperary in an area that borders Kilkenny and Waterford.

While this machine is no longer considered a front-line unit, John Dunphy did say that it was needed (and called into service) this year.

This video (below) was shot by James Kennedy; it’s on his YouTube channel.

It shows the machine in action back in 2016; it also features Dunphys’ newer Claas-based self-propelled mower.

The 1905-based mower was not the only eye-catching contraption at the recent Silage Extravaganza. Also worthy of a special mention was this New Holland 1770 (pictured below). 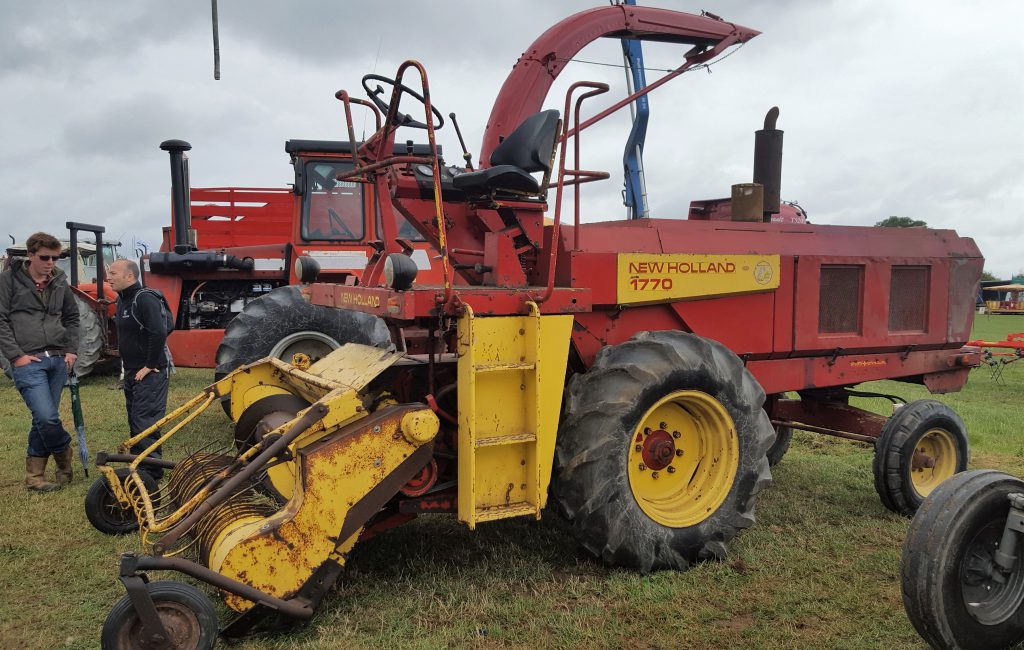 It was one of several forage harvesters at the showcase – an event that was short of grass but certainly not short of metal. 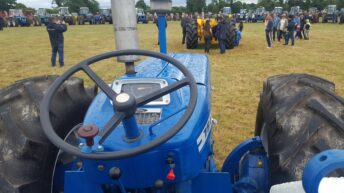 The road to ‘Tipp’: 99 County tractors cluster together in one field