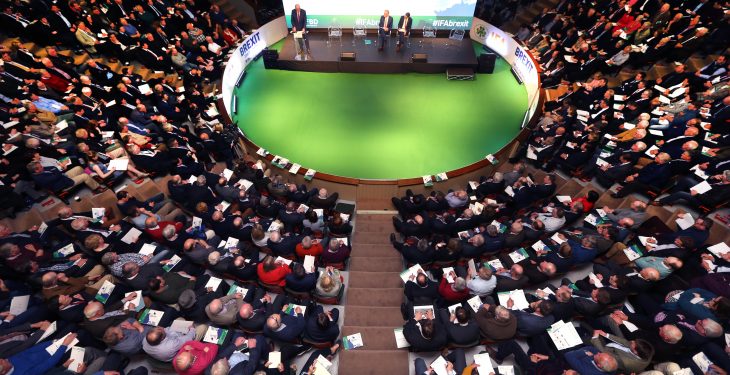 “This may impact on the money that is available to fund the CAP,” he said.

“However, it is my intention to fight as strongly as possible for a well-funded CAP over the coming years.

“The CAP is the most successful policy implemented by the European Union. If farmers are asked to deliver more for the public good, then they should be funded accordingly.”

Hogan delivered these comments as part of the keynote address at this morning’s IFA Brexit conference. He foresaw the political leaders of the EU-27 agreeing Europe’s Brexit negotiating priorities at next weekend’s Council of Ministers meeting in Brussels.

“Europe fully realises the unique exposure of Ireland to Brexit,” he said.

“And it is up to Ireland’s political leaders and stakeholders to make their views on Brexit as widely known in Brussels as possible over the coming weeks.

Advertisement
But Hogan stressed that a bilateral deal involving the UK and Ireland is not on the cards.

“Ireland’s future is within Europe and, as a result, the Irish case on Brexit must be made through Brussels,” he maintained.

The Agriculture Commissioner said that the agreeing of a free-trade deal between the UK and the EU-27 is the most equitable way forward – post-Brexit.

“And this can be achieved, provided the UK remains within the Customs Union.

There cannot be any bespoke arrangements for farming and food. The needs of both sectors must be fully assimilated within the context of an over-arching trade agreement.

“However, a commitment to such arrangements by both parties will allow for the introduction of transitional tariff-free trade measures, until such times as a final deal is arrived at.

Hogan stressed that the EU will not lower its commitment to the highest traceability, environmental and conservation standards, where food production is concerned.

“And this will be a cornerstone of the negotiating position taken by the EU when it comes to finalising future trade arrangements with the UK.” 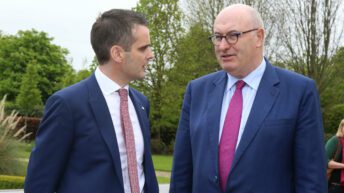