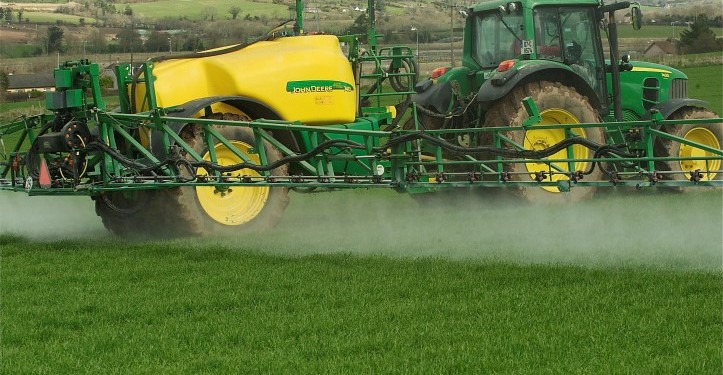 Testing for weed killer ingredient glyphosate herbicide in the breast milk of American women, has shown ‘high’ levels in samples.

According to the organisations who carried out the research, the levels found in the breast milk testing of 76 ug/l to 166 ug/l are 760 to 1600 times higher than the European Drinking Water Directive allows for individual pesticides. They also state the levels are however less than the 700 ug/l maximum contaminant level (MCL) for glyphosate in the US, which was decided upon by the US Environmental Protection Agency (EPA).

The organisations claim the US EPA decision is based on the now seemingly false premise that glyphosate was not bio-accumulative. It says the results point to glyphosate levels building up in women’s bodies over a period of time, which has until now been refuted by both global regulatory authorities and the biotech industry. The research was carried out by Moms across America and Sustainable Pulse. Glyphosate is a broad-spectrum systemic herbicide used to kill weeds, especially annual broadleaf weeds and grasses which compete with commercial crops grown around the globe. It was discovered to be a herbicide by Monsanto chemist John E. Franz in 1970. Monsanto brought it to market in the 1970s under the trade name ‘Roundup’. G

lyphosate was quickly adopted by farmers, even more so when Monsanto introduced glyphosate-resistant crops, enabling farmers to kill weeds without killing their crops. In 2007 Pesticide Market Estimates should that glyphosate was the most used herbicide in the United States agricultural sector, with 180 to 185 million pounds (82,000 to 84,000 tonnes) applied.

Moms Across America Founder and Director, Zen Honeycutt commented: “When I was told by several doctors and labs that I could not test my own or my children’s urine for the most widely used herbicide in the world over a year ago, I became determined to find a way. “Parents and citizens deserve the ability to be able to take care of themselves and their families by finding out if herbicides could be impacting their health. “The purpose of this glyphosate testing project is to shed light upon the presence of glyphosate in our water, children’s bodies and mother’s breast milk, hopefully inspiring further scientific studies to support the world in being a healthy, safe place to live. “The mothers tested are mostly familiar with GMOs and glyphosate. Most of them have been trying to avoid GMOs and glyphosate for several months to two years, so the levels of mothers who are not aware of GMOs and glyphosate may be much higher.”