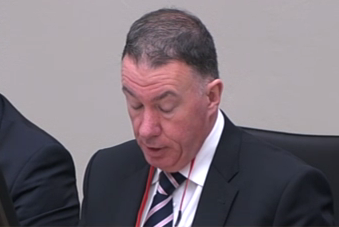 Milk prices in the mid to high 30s are not sustainable in the long term, according to Irish Dairy Board (IDB) Chief Executive Aaron Forde.

Speaking at the Joint Oireachtas Committee on Agriculture today he said in the IDB’s view for the foreseeable future prices at that level are not sustainable for two reasons in the main:

It drives milk supplies right up around the world to excess levels and when milk supply gets ahead of global demand we see downward pressure on prices; and,

High prices constrain demand growth as there are affordability issues for people in many markets around the world, he said.

Forde said the IDB sees quite a difficult year ahead form a farming point of view.

“We have had record milk output growth through 2014 of about 5.5%, driving high stocks particularly in Whole Milk Powder (WMP) and cheese.

“Market prices have fallen right though the second half of 2014 with major buying nations such as China and Russia out of the market,” he said.

He noted that this has weakened sentiment and weakened prices.

According to Forde, milk output has continued momentum into 2015 despite downward sentiment and downward impact on prices.

Dairy farmers in Ireland have not felt impact yet

Milk prices here in Ireland are not reflection global trade levels yet, according to Forde.

He said that, at present, the global dairy trade auction operated by Fonterra would return a price to Irish farmers of just over 20c/L.

“Today in Ireland prices in Ireland are around about 30c/L,” he said.

Forde said this is because our market strategy has allowed us to deliver better returns than spot markets to farmers.

Currently, he said, milk prices are lagging product prices by about three months because of contractual obligations.

“So farmers have yet to see the full impact of the downturn, perhaps even contracts done in the second half of 2014.”

Forde said in the medium to long term the IDB is very positive on dairy.

“But farmers need to eat in the short term and the supply chain needs to get through this difficult market situation,” he said.

“We do see a stabilisation latest in the year and a return to sustainable levels for both the farmers and the consumer.

However, Forde said the market will remain weak until milk supply really puts the breaks on and/or there is an uplift in demand.