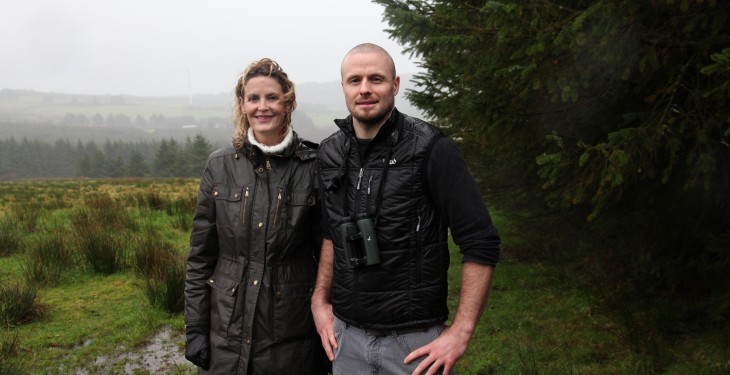 This week’s Ear to the Ground programme will look at the Hen Harrier and issues between this bird of prey and farmers whose land it nests in.

There are over 169,000 hectares of land over nine counties in Ireland which have been designated as special areas of conservation, when it comes to protecting the habitat of the near extinct Hen Harrier bird.

Hen Harrier numbers, despite the best efforts of groups like National Parks and Wildlife Service, continue to decline mostly due to loss of habitat, Ear to the Ground reports.

Designating land as one of those protected areas for the Hen Harrier can render it almost worthless for farming, farmers say and Helen will Ballydesmond in Co. Cork to speak to a number of farmers who are up in arms.

Farmer Jason Fitzgerald, has a 126-acre farm of which 118 acres are designated land, forcing him to rent a farm elsewhere in order to keep his dairy enterprise going. This is costing him thousands of euro a year.

From the outside, looking Munster Family Farm of the year winner, Con Murphy had an ideal life, he ran a hugely successful farming enterprise, and had great family around him.

Life couldn’t be better until, in 2009, Con was hit with debilitating depression. Out of the blue he went from loving what he was doing, to not being able to get out of bed in the morning.

What followed was a shocking physical and mental spiral into depression. At first he started by making excuses for his behaviour, but eventually he just didn’t care anymore, leaving his wife Mary and son Donncha to keep the farm afloat.

Con opens up to Ear to the Ground, about his journey with depression, those dark days which he can now look back on in hindsight, and how he eventually found his way back to health.

Ear to the Ground Hen Harrier
Loading Next Story