The proposed changes to the Heritage Bill, to allow hedgecutting in August on a pilot basis, would only allow the “trimming back of one season’s growth”, the Minister for Arts and Heritage, Heather Humphreys, has said.

The Minister was speaking in Seanad Eireann earlier today where the Heritage Bill was debated at committee stage.

If farmers need to carry out heavy cutting of hedges during the two-year pilot period, they will have to so in the existing permitted hedgecutting period which is between September 1 and February 28, not in August, the Minister said.

Minister Humphreys also said that the proposed changes are not about bringing in flails and damaging hedgerows.

Furthermore, she said that the changes will only apply to hedges that are on the sides of roads and to hedges on land where reseeding or tillage farming is taking place, that no other hedges will fall under the proposed regulations.

The Minister also said that it is her intention to launch a public awareness process where landowners and the public are fully informed as to the restrictions on hedgecutting and burning.

Meanwhile, it is the intention of the Department to carry out studies on hedgecutting during the proposed pilot project, she also said.

The pilot basis of the project will be overseen by the National Parks and Wildlife Service (NPWS) and the Minister said that it will draw up the guidelines and regulations involved in the changes.

Speaking at today’s debate on the Heritage Bill, Senator David Norris said that there is no scientific evidence to support Minister Humphreys’ argument for the bill.

“The Environmental Protection Agency (EPA) has said not to do this [go ahead with the changes to the bill] until you have the scientific evidence.

“Birdwatch Ireland and An Taisce are all singing from the same hymn sheet, it’s obvious that we should await the proper scientific information,” he said.

The Heritage Bill will be debated again in Seanad Eireann next week. 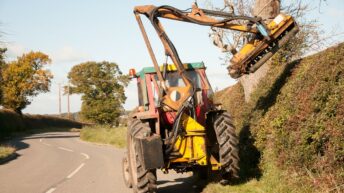 ‘Hedgecutting argument is skewed for a small minority of farmers’

‘Landowners already have six months a year for hedgecutting’