A new 160 horsepower, six-cylinder tractor is now available from McCormick, which replaces the original MTX Series.

The new McCormick X7.650 joins the McCormick X7 Pro Drive series and is available from D and S Machinery, who are importers of both McCormick and Landini tractors.

Equipped with the SCR system (AdBlue) this new Tier-4i Betapower engine delivers exceptional power with over 40% torque backup, according to the D and S Machinery.

A standard feature on the new tractor is a rugged chassis with shock absorbing rubber mounts which support the engine helping to effectively reduce noise and vibration levels. 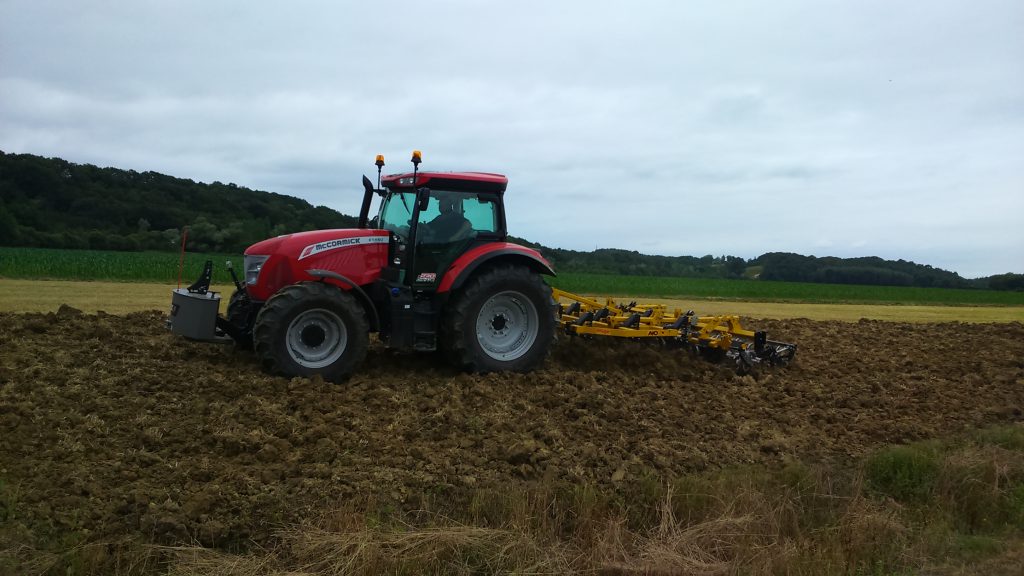 Meanwhile, the ‘Pro Drive’ transmission features 24 speeds in six ranges with four powershifts steps in each range. In addition, a creep speed is standard providing 40 forward and 40 reverse speeds.

With regards to braking, the rear brakes comprise of five brakes discs on each side.

As a way of improving efficiency and less drag on the brakes the amount of oil delivered to lubricate the brakes is cut from 30L/min to 8L/min when travelling over 13km/hr.

Once the brake pedal is touched the flow is increased. Likewise, the transmission uses a mix of being showered in oil and pressure-fed shafts rather than being immersed in a bath of oil.

Under the bonnet, a new cooling pack is fitted, while the radiators all hinge up for ease of cleaning and maintenance. 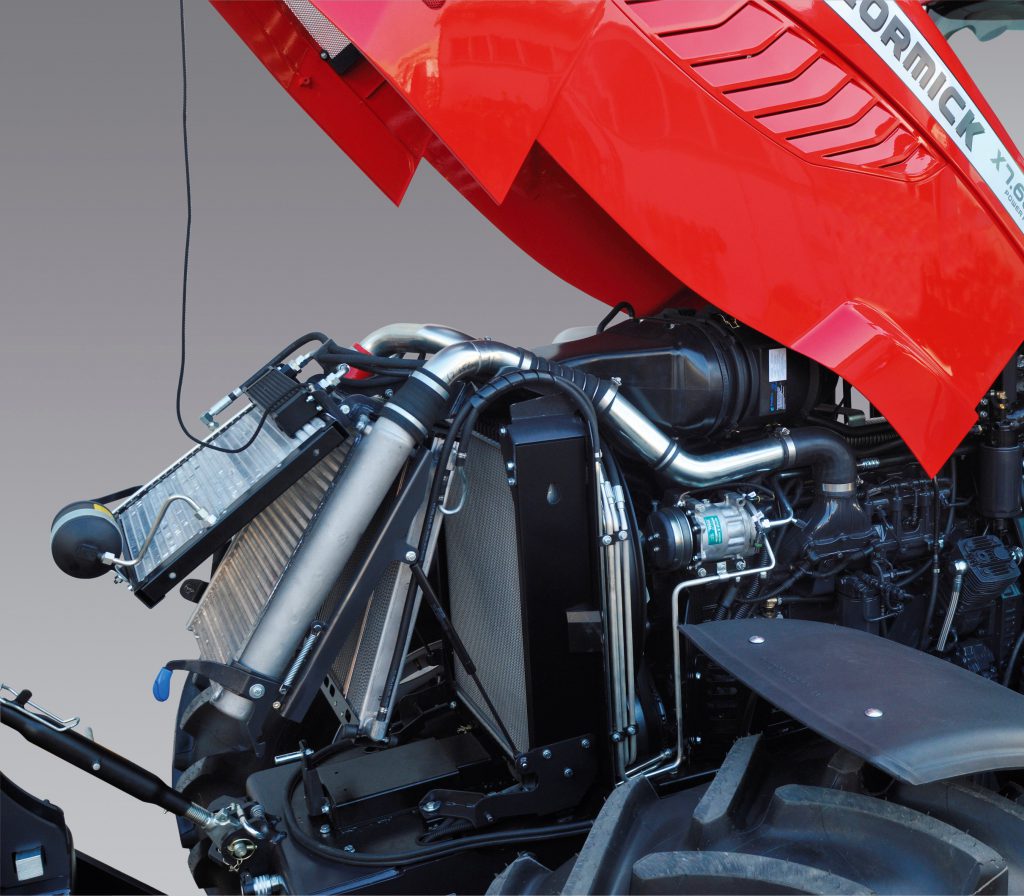 The X7.650 gives the operator the choice of controlling the electronic lift with the raise/lower button on the gear lever controller as well as with the precision and draft dials on the right-hand console.

There is also buttons on the rear left fender to control the lift which has maximum lift capacity of 9,300kg and comes with a Dromone Telescopic Hitch.

With a four-speed PTO as standard, an Auto PTO feature will automatically disengage and reengage the PTO at heights sets by the operator whenever the lift is raised and/or lowered during headland turns.

The new cab provides several new features as standard including an inside mirror, additional 12V sockets for portable devices, a cooler box, a hide-away passenger seat and opening sunroof.

The X7.650 cab is pressurised to keep a clean, dust-free environment, while it also has an air-conditioning system and MP3 Bluetooth radio package.

Weighing in at 6,550kg without ballast weights, the X7.650 has a 5.4m turning radius and also comes with a two-year factory warranty.

See the new range of Q-series front loaders from Quicke