‘Hedgecutting argument is skewed for a small minority of farmers’ 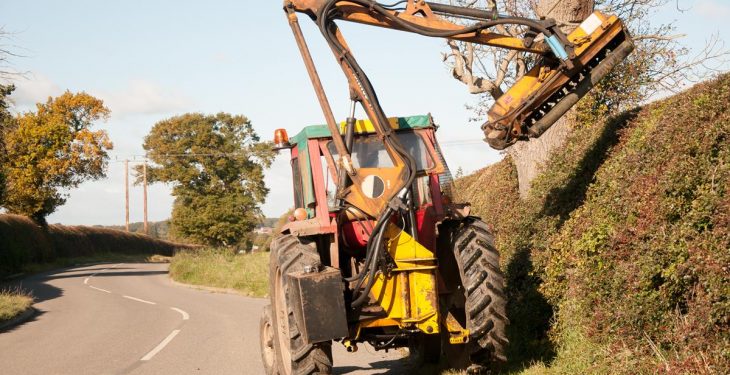 The hedgecutting argument is skewed in favour of a small minority of farmers, according to Green Party Senator Grace O’Sullivan.

Speaking in Seanad Eireann today on amendments to the proposed Heritage Bill 2016, O’Sullivan said that this small minority of farmers are “probably putting the pressure” on the Minister for Heritage, Heather Humphreys.

Under the proposed changes, hedgecutting and gorse burning in August and March, respectively, would be allowed for two years on a pilot basis under strict criteria.

O’Sullivan appealed to the Minister to, instead of introducing this legislation on a two-year pilot basis, do a baseline survey in the month of August.

“Let’s do the research, but not open the season in August to hedgecutting.”

She said that the existing legislation should be kept in place and that the data from the study should be collected over three to five years.

“Then based on that data, we make the decision as to whether the cutting of hedgerows should take place in August.

Furthermore, Senator O’Sullivan said that she has spoken to farmers on this issue and that it isn’t really a huge deal to them at the moment.

In response to several Senators in the Seanad, Minister Humphreys reiterated that the changes would be under a pilot project, that there would be restrictions.

“I’m well aware of the values of the hedgerow system, what I’m looking for is balance.”

Minister Humphreys said that what she is trying to do is allow managed hedgecutting within the closed period on a pilot basis for two years.

There has been repeated calls for this closed period to amended and under the proposal managed hedgecutting would be allowed in August and controlled burning in March, under strict criteria, she said.

“I’m trying to strike a balance here. Hedgerows and scrubs are important wildlife and I also want to collect more information on this during this pilot period.

“I don’t believe the current system is effective enough and these changes could help.”

Also speaking in the Seanad on the Heritage Bill was Roscommon Senator, Maura Hopkins, who said that the big point here is about striking a balance, it’s about minding the birds, but also about minding the people.

“The major point here is that [the proposed changes are] on a pilot basis. We know clearly that vegetation is an important wildlife habitat, but it also needs to be managed.

“An in-depth analysis and assessment will be carried out in the pilot period to investigate any impact [to wildlife and birds], but it’s about achieving a balance between the birds and the people,” she said.

Meanwhile, Senator David Norris said that this series of legislative proposals were introduced for political purposes coming up to an election to get the farmers vote.

“That’s why Fianna Fail were very delicate they couldn’t come out either [against the proposals] and lose the farmers vote.”

He also said that years ago, hedgerows “were a jungle” in Ireland.

To this comment, Minister Heather Humphreys said that as someone that grew up on a farm, she doesn’t know what parts of Ireland Senator Norris has been viewing, but that she has been living on a farm for many of years she can assure him that hedgerows were never a jungle.

Discussion on the Heritage Bill went on for two hours today and Senators will discuss the proposed legislation again in the coming days.